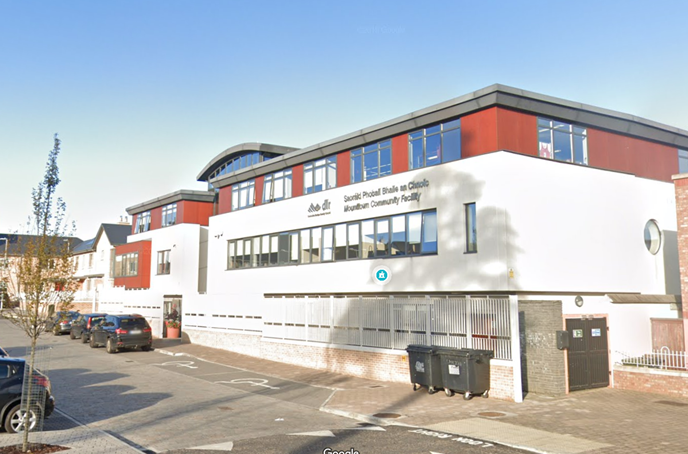 Dun Laoghaire-Rathdown County Councillors have voted to approve the submission of planning permission for the development of a new boxing hall at the back of Mounttown Community Facility.

The project has been filed as part of the Part 8 scheme which allows local authorities to apply for planning permission for a development that it is progressing.

The proposal was passed unanimously at this month’s county council meeting.

Currently housed within the centre, Monkstown Boxing Club – which will operate out of the new facility – currently shares the space with a creche, women’s groups, homework groups and other local clubs.

Therese Langan, director of community and cultural development at Dun Laoghaire-Rathdown County Council said that the club has a “long history” and is currently in a “hall that is not fit for purpose.”

Established in the late 1990s, Monkstown Boxing Club has since trained multiple All-Ireland champions in various age groups with 2015 being its most successful year, taking home seven national titles.

Numerous councillors spoke on the club’s influence in the area with People Before Profit representative Melisa Halpin saying she was “delighted” this was progressing.

Fine Gael councillor Lorraine Hall said that the club is a “wonderful outlet for young people.”

Dave Quinn, a Social Democrats councillor said that the club is “fantastic” and that the sport helps instil “values and discipline” into young boys and girls.

Some councillors said that although they support the motion, they would like to see the new hall shared with other boxing or martial arts clubs in the area with Fine Gael councillor Maurice Dockrell saying that he “would hate to see it confined to one club.”

Councillor Jim O’Leary also said that it is “essential that it’s a shared facility.”

In response, Langan said that the proposal to make the hall a shared facility “will definitely be looked at.”

She also said that “there is broad political support” for the project and that the centre “will be open to people across the county,” not just residents of Dun Laoghaire and Monkstown.

A report on the development says that the project will cost an estimated €800,000 with €50,000 of that being supplied by the club.

The local authority will also be applying for the Sports Capital Programme which can provide a maximum of €200,000 in funding.

Due to the ongoing pandemic, Langan said that no timetable for the project’s progress could be accurately given.

JP Kinsella, secretary of Monkstown Boxing Club said members are “thrilled with the news that DLRCC ratified our motion for a purpose-built boxing hall.

Kinsella said the club began in a derelict block of flats but moved to the shared community space in 2008 which saw membership bloom to 200 members and the installation of two boxing rings.

However, “we are restricted to the days/hours we can use our club, as this is a multi-purpose centre.

“Our club is an integral part of our community, which we care deeply about.

“Our coaches are extremely dedicated to providing the best boxing classes to all our members.

“Over the past five years we have produced 58 Irish Boxing Champions at all levels from schoolboys/girls to elites.

“We have boxers and coaches enrolled in the highly acclaimed IABA High Performance program.”

Kinsella says the club collaborates with many local groups by providing boxing courses and fitness classes.

These groups include Tivoli Training Centre, Pavee Point, Sallynoggin Youth Reach, An Gaisce and local schools and sports club in the area.

“This new purpose-built boxing club will help us to provide more classes to the local community and beyond, whilst also giving us the capacity to increase our membership again,” says Kinsella.

“This is a huge step in the right direction for our club and our community.”