Home Dublin Southsider is hailed a local hero for his efforts on behalf of...
DublinSouthside 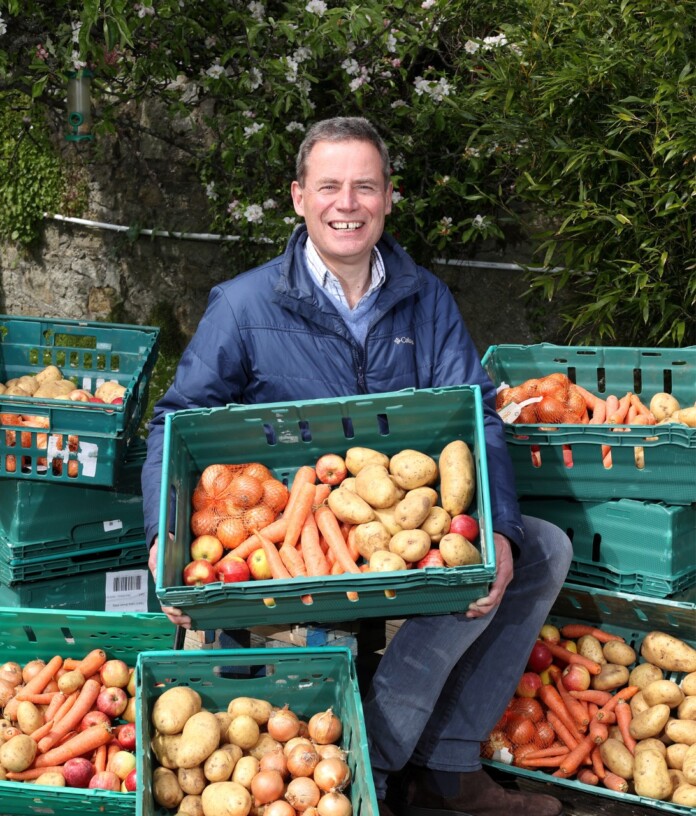 A SOUTHSIDE man has been hailed a local hero for his efforts on behalf of his community.

After a nationwide search to uncover Ireland’s most inspirational people, Denis O’Reilly from Sandycove, has been named an Inspirational Hero in the Gala Retail and Virgin Media Inspiration Awards.

Nominated by family and friends for the Inspiration Award, Denis’ entry stood out for his dedication and endless hard work.

The founder of Good Grub – a Go Fund Me initiative set up at the beginning of the Coronavirus pandemic to provide food for vulnerable school children and families in need – Denis and his family took it upon themselves to make up food parcels and deliver them on a weekly basis.

There have been over 100,000 food packs delivered to DEIS school children and families, with over €519,000 raised in support of the initiative to date.

On his nomination, one person commented: “Denis really is an inspirational man, giving back to the local community whilst asking for nothing in return. It is incredible the positive difference a person’s actions can make.”

However, a modest Denis insisted it was a “huge team effort”.

“I feel sort of guilty winning this as the whole thing was only made possible thanks to the efforts of loads of people,” he said.

“Back when the first lockdown was announced on March 13 both of my businesses, Wild Wicklow Tours and Difference Days, went into hibernation.

“We decided to do something, to give something back. We could see the huge need to support children’s access to fresh fruit and veg.

“So I rang the principals of some of the DEIS schools that we had done Difference Days with to see if they had any ideas.

“They told me that they had been advised that the €10 per week that usually goes to school meal providers supplies a breakfast bar and a nutritious lunch for each child in their schools.

“There are 100,000 such pupils in the greater Dublin area who could be reallocated packs of either perishable or non-perishable foods which the schools could then distribute to the children’s families.

“So I rang a friend of mine, Greg Begley, from Begley’s Fresh Produce, and I asked him for enough fruit and veg to feed 1,000 families.

“A few days later five tonnes of fresh mixed veg arrived in my back garden.

“With the help of my sons Charlie, Billy and Luke and my wife Angela, we spent four to five days packing it into 1,000 bags.

“We delivered it via the DEIS schools we deal with. After that I couldn’t ask Greg again, so I sat down and brainstormed with Billy.

“I’m delighted to accept this award on behalf of the team who have worked so hard to make this important initiative happen.

“We are currently developing an exciting phase two, to continue to support these families in need across Ireland, which we will share with you all soon. Thank you all for your support.”

Inspirational people from across Ireland were nominated for the Gala Retail and Virgin Media Inspiration Awards, with 26 inspirational county heroes being named from the hundreds of entries received.

Each of the 26 award-winning heroes demonstrated how they have made Ireland a better place with their selfless acts and inspirational deeds during the Covid-19 crisis, and how they have gone above and beyond for others in their local community.

Gary Desmond, CEO of Gala Retail, said: “We teamed up with Virgin Media as we wanted to shine a light on the amazing people who have become true heroes during life under lockdown and who are making a real difference to Irish society.

“2020 has been hugely difficult for everyone however, it has also demonstrated the immense community spirit that exists within Irish communities.

“Operating in communities throughout Ireland, Gala Retailers have seen first-hand some of the great work that people have been doing and we are proud to have been able to recognise some of these inspirational individuals.

“We were overwhelmed by the level of nominations we received and Denis along with the fellow inspirational heroes are true examples of people who are making Ireland a better place for us all.”

2020 marks the second year of the Gala Retail Inspiration Awards created as a way of celebrating the selfless acts and inspirational deeds of people in Ireland who are making the country a better place.

As a community retailer with 175 convenience stores nationwide, Gala store owners often hear of inspirational stories in their local communities, and this year’s Gala Retail and Virgin Media Inspiration Awards have elevated Ireland’s unsung heroes onto a national stage, giving these inspirational people the recognition they deserve.

Gala Retail has gifted €20,000 of prizes to the winners, with 26 county winners being awarded with luxury stays in some of Ireland’s most beautiful Blue Book properties. For further information, see www.gala.ie.

Facebook
Twitter
Pinterest
WhatsApp
Previous articleShamrock Rovers appeal to fans: “We will party when it’s safe to do so”
Next articleWas it you?! Dublin has a brand new National Lottery millionaire