Home Southside Shamrock Rovers appeal to fans: "We will party when it's safe to...
Southside 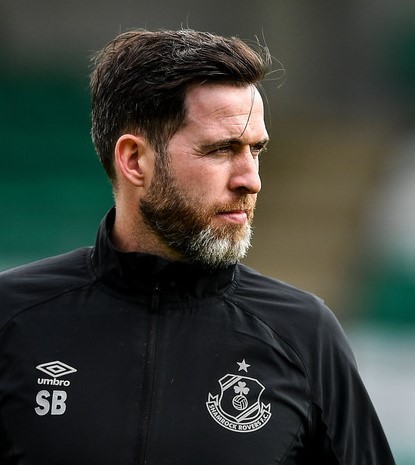 Shamrock Rovers appeal to fans: “We will party when it’s safe to do so”

Ahead of tonight’s final home game of the season, champions Shamrock Rovers have asked fans not to congregate around Tallaght Stadium for the presentation of the SSE Airtricity League trophy.

Rovers take on St Patrick’s Athletic (19.45 KO) looking to extend their unbeaten record in what is already a memorable season.

In a statement, the club have asked fans not to travel to Tallaght and to respect Covid-19 guidelines.

“Following discussions with An Garda Síochána, the club asks that all supporters observe health and safety advice as we remain in Level 5 lockdown and refrain from gathering around the stadium at the league trophy presentation on Wednesday,” the club statement said.

“The club understands what this means to fans, everybody would wish that fans can attend games and celebrate winning but it is just not possible at this time.

“In addition, the season will not end on Wednesday, we have more League and Cup games to go and the squad will remain focused on the targets ahead.”

“We will party when it is safe to do so.”

Speaking ahead of tonight’s game, manager Stephen Bradley said he is looking forward to a good contest and to his players finally getting his hands on the league trophy.

“I expect a really tough game,” he said.

“I watched them against Dundalk and they were very good.

“I think they can count themselves unlucky not to win the game, they had enough chances. But if we can hit our levels we fancy ourselves to go and take points in any game.

“The players have had to be patient.

“We won the league a few weeks back so they’ve had to be patient but it’s going to be a great occasion for them to get their hands on the trophy.

“It’s what we’ve been working for all year so I’m delighted for them to lift that trophy tomorrow night.”