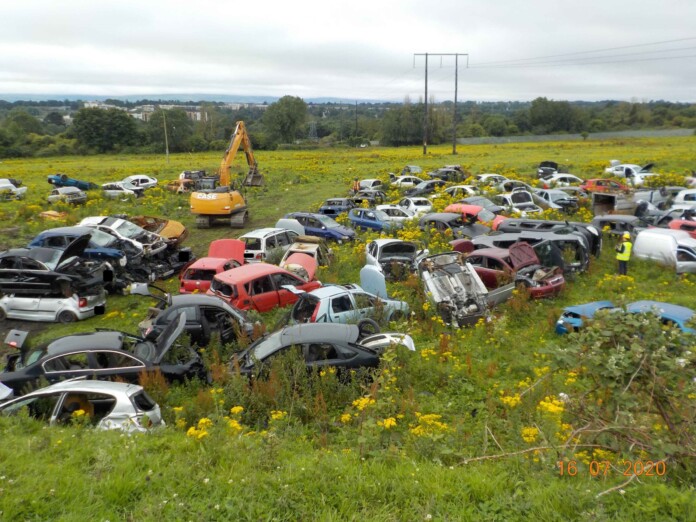 Fingal issue 75 fines to owners who dumped vehicles in D11

The operations saw a total of 360 end-of-life Vehicles (scrap cars) removed from the sites and brought to an Authorised Treatment Facility (ATF) for proper recycling and disposal.

It is estimated that a further 150 fixed payment notices will be issued by Fingal County Council to the owners of other scrap cars found on Dunsink Lane and St. Christopher’s Lane.

The End-of-Life Vehicles Regulations 2014 require that the owner of a scrap car only discard that vehicle as waste at an ATF.

Failure to do this is an offence for which a fixed payment notice of €100 applies.

A certificate of destruction (COD) should be obtained from the ATF for the disposal of the vehicle and to confirm that it is off the road.

If the car is not brought to an ATF and a COD obtained, the owner of the vehicle may be issued with fines for motor offences or be accused of illegal activity, if their vehicle is later involved in a crime.

Mayor of Fingal, councillor David Healy said: “Everyone needs to take responsibility for their waste, and this is even more important for our larger possessions such as vehicles.

“Unauthorized ELV sites are a burden on the environment in Fingal and pose a significant risk for both environmental and personal safety.

“Fixed payment notices will apply to owners of vehicles in these sites, so I encourage residents to check the details of anyone offering this service.”

“There are legal and authorized treatment facilities available where residents can bring their vehicles to be properly recycled, free of charge.”

The local authority says it has become aware of recovery truck operators charging people to scrap their car.

However, an ATF may charge a pick-fee up but will not charge a fee to scrap a vehicle – this service is free.

“These sites will be inspected in 2021 using a multi-agency approach and shut down if found to be operating illegally without the necessary authorisations.

Fixed payment notices will be issued to the owners of vehicles found at any illegal site.”

There are three ATFs in Fingal where you can bring your old car for recycling free of charge: