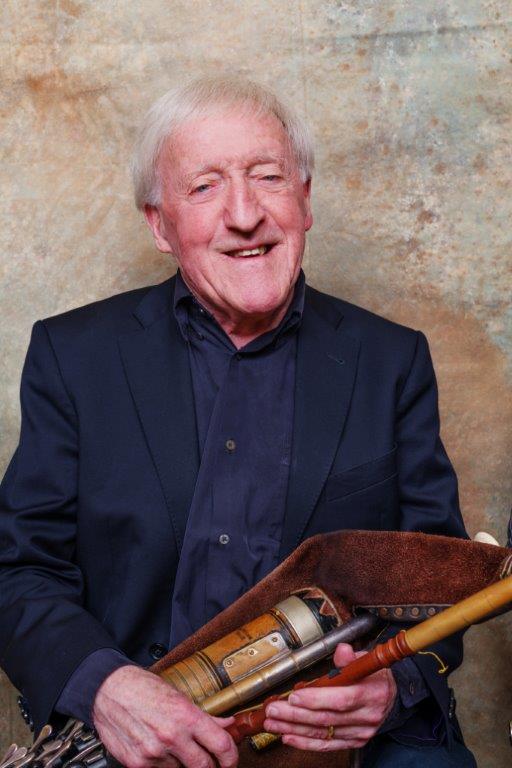 In a statement released this morning, the Irish Traditional Music Archive confirmed his death, stating that he “made an enormous contribution to Irish traditional music, song and dance” and “few people can lay claim to having the level of impact Paddy Moloney had on the vibrancy of traditional music throughout the world”.

Growing up in Donnycarney, Paddy Moloney was surrounded by music.

He went to Scoil Mhuire Marino where he was in a class with John Sheahan of The Dubliners.

Having mastered the tin whistle at the age of eight, he progressed to the uilleann pipes under the tutelage of the great pipe master, Leo Rowsome, who lived just up the road.

He went on to form several groups with musicians in duets and trios, and in 1962 formed the band that would become The Chieftains.

The Chieftains went on to become one of the best-known Irish traditional groups in the world, winning six Grammys as well as many other awards.

The membership of the group changed over the years but Moloney’s leadership continued to bring them success.

Paddy Moloney was married to artist Rita O’Reilly and had three children, Aonghus Moloney, Padraig Moloney, and the actress and producer Aedin Moloney.