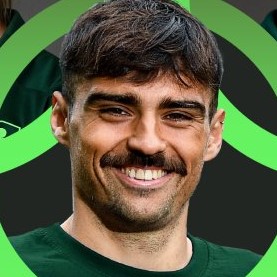 Balbriggan man Andrew Coscoran has qualified for the semi-finals of the men’s 1500 metres in Tokyo.

He qualified as one of the fastest runners outside of the automatic qualifiers.

The 25-year-old, who competes with Star of the Sea Athletic Club, qualified for the Olympics in June after running the fastest 1,500 metres by an Irish athlete in eight years.

Coscoran finished eighth in his heat earlier today with a very strong finish strong taking him past three other runners in the final 100 metres.

He now has a semi-final on Thursday to look forward to.

Speaking to RTÉ Sport following his qualification he said:

“I knew coming into this that I was ranked 41st in the Road to Toyko rankings so I knew it would take something big to get to the semi-finals.

“I just went out there and hurt.

“It’s hot, uncomfortable, I knew a lot of lads would struggle with the pressure and the heat, but I went to hurt and it was good enough.

“At the end of the day I probably wasn’t supposed to make the semis so we’ll have to re-evaluate now.”