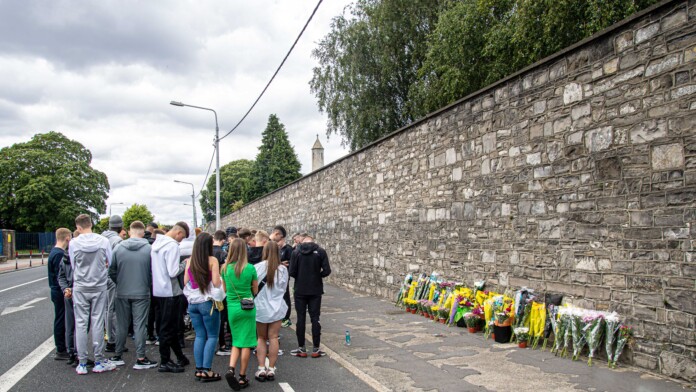 Tributes are being paid to Calvin Gilchrist, the young man who lost his life after the motorcycle he was driving collided with two other vehicles on Saturday evening on the Finglas Road in Glasnevin.

Gilchrist, 19 who was from the East Wall area of Dublin, was pronounced dead at the Mater Hospital and a post-mortem is due to be carried out.

Another teenager, also male, was also brought to the hospital with serious injuries, but these are understood to be non-life threatening.

The driver of the car is believed to be uninjured.

“More heartbreaking news as the club have also heard of the tragic passing of another former player Calvin Gilchrist,” the club said in its Facebook post.

“Calvin also from East Wall played for the club from a young age where he graduated from the Belvo Academy right up to U14s.

“A lovely lad and talented footballer, the entire club pass on their deepest condolences to Calvin’s family & friends.”

Garda forensic collision investigators completed an examination of the scene and are now appealing to anyone who may have witnessed this collision to come forward.

“Any road users who were travelling on the Finglas Road on Saturday 31st July between 10.10pm and 10.25p.m and who may have camera footage (including dash cam) is asked to make it available to gardaí,” a garda spokesperson said.