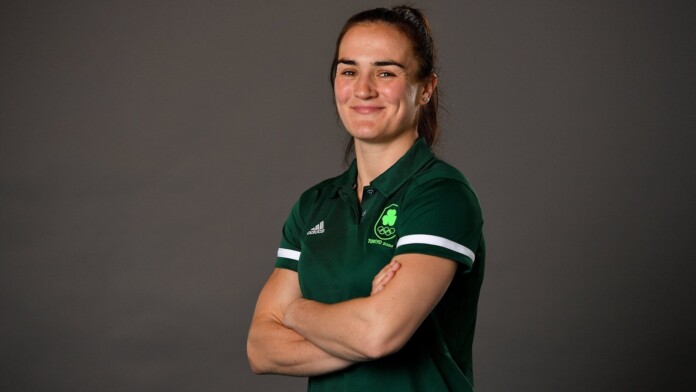 Kellie Harrington is guaranteed an Olympic medal after she beat Algerian Imane Khelif on a unanimous decision to win bronze.

She got off to the best possible start by winning the first round and the small matter of a fall caused by an open lace didnt stop her winning the second round as well.

She went out and finished the job in the third round to record a unanimous victory and set up a semi-final fight with Sudaporn Seesondee from Thiland who was victorious against Britain’s Caroline Dubois.

This much anticipated bout takes place at 6am on Thursday (Irish time).

Speaking to RTÉ radio’s Morning Ireland following her fight this morning she said:

“She had really long arms.

“It was hard to get in and do what I would like to do.

“It wasn’t an amazing fight, but it was a fight that I won.

“She was smiling at me and sticking out her tongue.

“I was just smiling back, as if to say, ‘Look, it’s all fun and games until my hand gets lifted’.”

“The support that I’m getting from the community back home, I’ve heard that it’s lit back home.

“I’m just so happy and my emotions really come out when it comes to this.

“To be able to give them something to be happy about and to sing and dance.

“Just for one person lifting the nation.”

By Sonya McLean  A manslaughter trial has been hearing evidence from various medical witnesses and emergency personnel that dealt with the deceased. Ronan Byrne (31) is...
Read more
Dublin