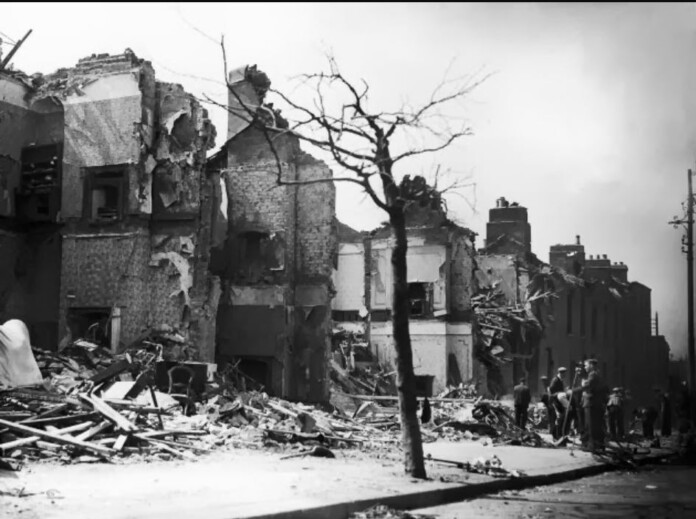 On the night of May 31 1941 a German plane circled the night sky of Dublin’s North Strand before dropping a bomb.

The bomb caused devastation in the local community with 28 people killed, 90 injured and over 300 homes damaged or destroyed. 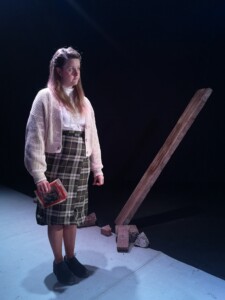 Written in memory of those killed that night, Dermot Bolger’s play, The Messenger, is about a teenage girl whose family – like many others – were displaced when that bomb destroyed their old home.

Set on a half-build housing estate in Cabra, where many shell-shocked North Strand families found themselves, The Messenger sees a young girl recount the horrors of that night, while also trying to get a date from the boy she is determined to marry.

It is a bittersweet play about how hope and romance survive, even amid the most tragic circumstances.

“We are honoured to be presenting this work by Dermot Bolger to mark such a significant event in our city’s and nation’s history.

“So many families in Dublin and beyond have shared stories and accounts of that fateful night and its aftershock, of lives lost and re-built from the rubble up.

“It means a great deal to us that ‘The Messenger’ will be Mark O’Brien’s last show with us here as axis Director, thus bookending an artistic relationship from sound designer on Bolger’s ‘From These Green Heights’ in 2004 to director of this, his latest work”.

The Messenger is Free to Watch but all income from donations goes towards artist bursaries later in 2021.

This event will be streaming from 8pm on Friday May 28th until Midnight May 31st and will be available to book on demand at any time during that period.

You can view the performance at any point from Friday the 28th until Midnight Monday the 31st of May.

The asking price of a four-bed semi in Rathmines increasing by nearly 80pc in a week suggests sky-high rents are now distorting the entire...
Read more
Dublin