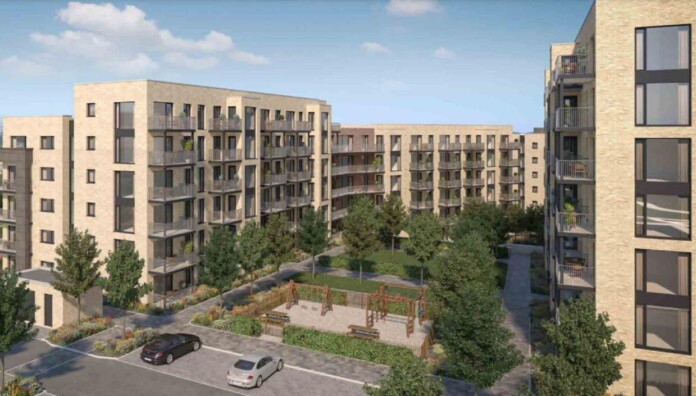 Swords residents have been given permission to bring a judicial review against An Bord Pleanala’s decision to grant approval to the residential development in Fosterstown.

The South Swords Residents Group (SSRG) says it was “required” to take the case as permission was “inexplicably” granted for the large-scale development.

An Bord Pleanala gave MKN Property Group the green light to construct 256 residential units on the 6.14 hectare site as a Strategic Housing Development (SHD) in February.

SSRG says that the are a number of “deficiencies” with the developer’s plans, including “wholly insufficient/unsuitable infrastructure, parking facilities, property types or densities, transport, plus lack of a school.

“Additionally, the proposal/approval was completely and unacceptably out-of-sync with hundreds of existing residences, casting a dramatic shadow, blocking sunlight, potentially ruining the nature and aesthetics of the area and Forest Road,” the group said in a statement.

It is understood the development will consist of apartment blocks up to nine-storeys in height.

“Crucially, the application and its approval evidenced complete disregard for, and bypassing of the masterplan, which followed substantial dialogue with, and assurances to, the community, the community’s input to this plan, and the hundreds of submissions made in respect of this planning application were essentially ignored.

“SSRG is very much in favour of appropriate sustainable development, but seeks to protect against unsuitable, unfit-for-purpose, irreversible developments which would leave an indelible mark on society,” it says.

Earlier this year, Fingal County Council declined to file for a judicial review of the development as management said it would be “unlawful” under the Planning and Development (Housing) and Residential Tenancies Act 2016

“SSRG is extremely grateful for the generosity and support to date of members, the community, RiverValley Rathingle Residents Association’s representatives, and Cllr Dean Mulligan without which we would not be in the position we find ourselves today,” it said.

“Though further challenges may lie ahead, we are extremely optimistic that wider support will be maintained and grown into the future.

“Supporters can visit our GoFundMe page for a detailed description of our endeavours – our €35k total is well on course, thanks to the generosity and support of so many. Our motto remains “We can do this!”