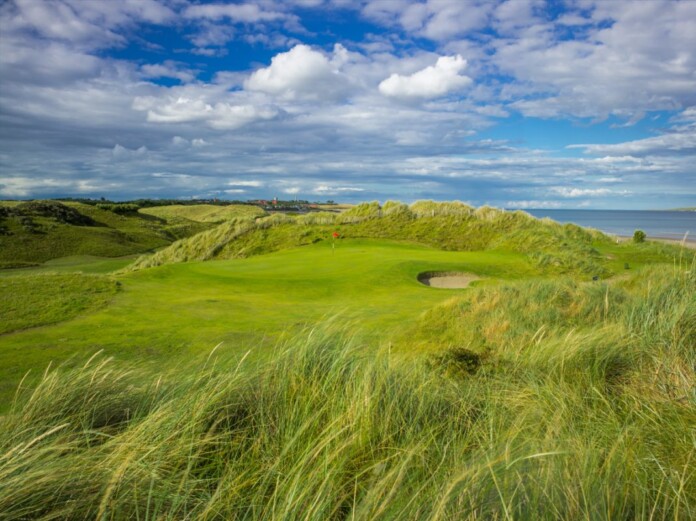 Members of Corballis Links Golf Club and the operator of the course, Carr Golf have reached an agreement following a dispute between the two parties about how the course was being ran.

Corballis Golf Club is currently owned by Fingal County Council but managed and operated by Carr Golf. The current incarnation of the course was opened in 2004 after the local authority took control of the land in 1994.

However, members of the course had contacted local councillors and TDs saying that the operator was not complying with the operating agreement it signed with Fingal County Council.

Labour TD for the area Duncan Smith previously wrote to chief executive of the council AnnMarie Farrelly asking her to investigate the issue.

“I refer to representations received from committee and ordinary members of the Corballis Golf Club, Donabate regarding management and operation of the golf course,” said Deputy Smith.

“They firmly believe that decisions made in recent months, could ultimately undermine the future of the club, and have not been made in accordance with the rules and regulations in the agreement signed by the council and Carr Golf.

“Given the important role played by the club over the years in the development and success of the golf course it is regrettable there seems to be an impasse between the operators and the members of the club.”

“In my opinion this is something that needs to be resolved and as such I would recommend that your officials would carry out a thorough investigation of the matter with a view to having the impasse broken.”

It is understood the members’ complaints arose after Covid-19 restrictions began – citing lack of available tee times and no reduction in annual fees amongst others.

Local councillor for the area, Robert O’Donoghue tabled a question to the chief executive at a recent area committee meeting, asking for the council to intervene.

O’Donoghue said the council should carry out a “a thorough investigation into the claims made by members of the club” that decisions being made by the operator are “being taken without real consultation and agreement with the members”.

However, the chief executive said the council would not get involved.

“The council has no direct role in the management of the relationship between the operator contracted to manage and maintain Corballis Golf Club,” said the chief executive.

“The allocation of tee times and access to the clubhouse etc for club members is provided for in the ‘access agreement’ signed annually by both parties.

“It should be noted that the increased demand to play golf precipitated by COVID-19 related lockdowns and restrictions imposed nationally, has reduced the capacity of golfing facilities, in general, to meet these increased demands.”

O’Donoghue says that members believed that decisions being made by the operator “are not in accordance with the terms of reference of the original agreement between the operator and Fingal County Council.”

“Given the impasse that exists it is unacceptable that Fingal County Council says it has no role in the matter whether directly or indirectly.

“We are calling on the CEO of Fingal and her officials to ensure a meeting takes place between all parties concerned with a view to resolving this issue.”

Vice president of the course, Myles Worth said the two parties have reached an agreement after discussions were held.

“Following consultations between Corballis Golf Club committee and Carr Golf Services, we have resolved our differences for now, with regular reviews between both parties agreed,” he said.

“Regarding members rights during these unprecedented Covid times, the committee would like to acknowledge TD Duncan Smith and Mr Robert O’Donoghue for raising our concerns with Carr and Fingal County Council in the first instance and listening to our concerns.”

Alex Saul, chief revenue officer at Carr Golf said – before the agreement was reached – that while the operator could have handled some things differently, it would be “disingenuous for some members to say they are being treated unfairly.”

“This year has been hugely challenging for us,” he says.

“Golf is one the few sports that has been able to continue when many others couldn’t and because of that we have seen a massive urge in the demand to play.

Saul says that some members had expressed frustration over the past few months but he says “there is no playbook” to deal with the ongoing restrictions and “we are finding our way through it.”

“We are engaging with the members and have opened a dialogue with them.

“Unlike other clubs we have not increased fees or levies or have not asked for loans.”

Saul says Carr Golf is “doing its best to address the members concerns” but is confident there is “no breach in contract.”

“We are meeting our obligations,” he says.