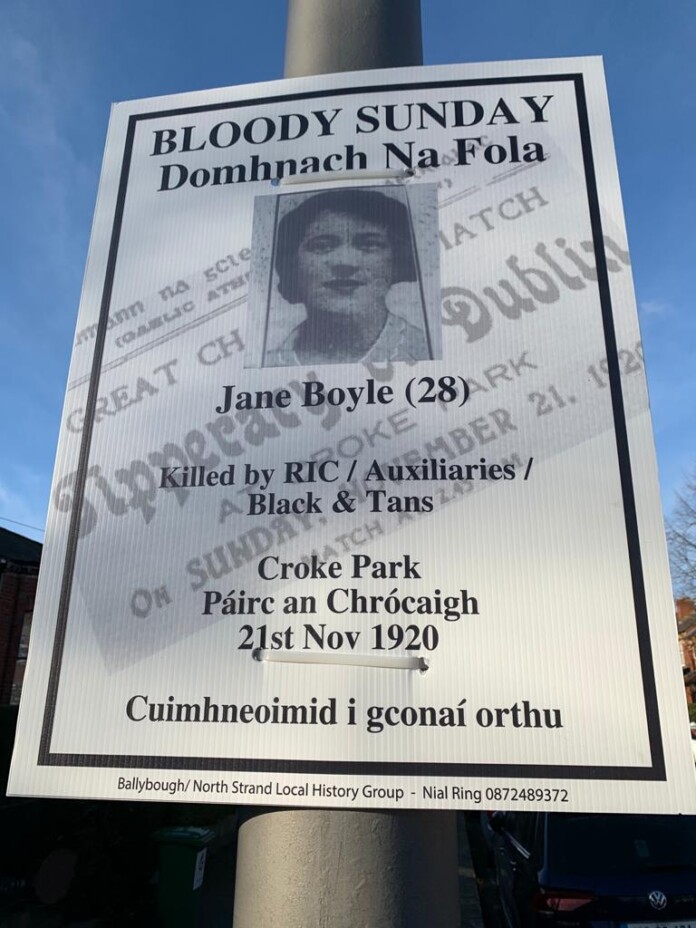 With no public events allowed under Level 5 restrictions, the local history society around Croke Park has put up 100 posters in the area commemorating the 14 victims of the Bloody Sunday murders in Croke Park

In addition Ballybough/North Strand local history group have also erected a plaque on a street off Ballybough Road to be named Joseph Traynor Way after Joseph Traynor, one of the 14 victims at Croke Park. 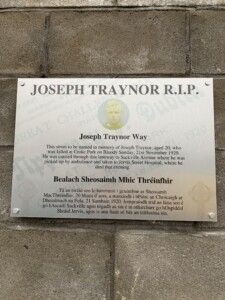 Joseph was shot twice in the back as he tried to get out of Croke Park over the Canal End wall.

The grandfather and granduncles of Ballybough/North Strand History Group Chair, Cllr. Nial Ring, left their house in nearby Sackville Gardens and carried Joe back to their house where he lay bleeding to death.

They then brought him out the back way through a lane (Love Lane) and he was picked up by an ambulance on Savckville Avenue.

He died an hour later in Jervis Street Hospital. 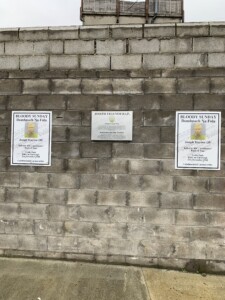 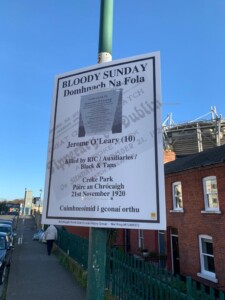 Because of this act of kindness, in the following days three of the Ring brothers were arrested and interred in Ballykinlar Internment Camp for a year.

“It is important that we remember the innocent victims of Bloody Sunday and their brutal murder in Croke Park and putting up these posters was the only way we could do something visible and tangible to commemorate them” said Cllr. Nial Ring.

“The public have responded very positively to the posters and locals are very proud that we have acknowledged the 14 victims.

“We have also erected a plaque in honour of Joseph Traynor, a young man shot in the back twice as he tried to get out of Croke Park.

“This plaque is very special to me personally as our family and Joseph Traynor’s family have forged a special relationship through history” he concluded.