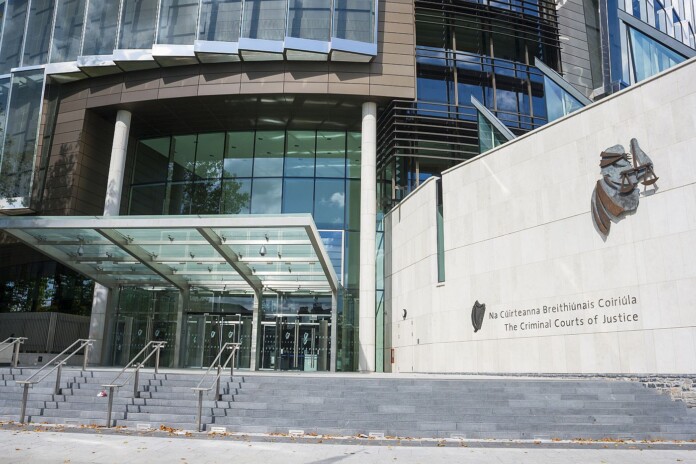 A father-of-three who submitted false documents in order to obtain a mortgage for his family home has received a fully suspended sentence.

Gary Hurley (38) obtained a mortgage on foot of the false documents for a home in which he currently resides with his children.

The deception only came to light when the mortgages entered into arrears.

Dublin Circuit Criminal Court heard that the bank have restructured the loan and are allowing the accused man to continue repaying the mortgage.

Hurley of Cherrywood Drive, Clondalkin, pleaded guilty to deception and use of a false instrument at KBC Bank, Sandwith Street Upper, Dublin 2, on October 20, 2017.

He has three previous convictions for road traffic offences.

Passing sentence, Judge Melanie Greally said the evidence was that Hurley was suffering from depression and “general desperation” at the time of the offending.

Judge Greally said the accused has restructured the loan with the bank, who seem to have adopted “a somewhat ambivalent attitude” by reporting the matter to gardaí and allowing for the restructuring of payments.

She said “one can only infer the bank are reasonably well-disposed” to the accused and are willing to keep taking his money to discharge the mortgage.

She said she did not see any real purpose at this time in incarcerating him.

Judge Melanie Greally sentenced Hurley to three years imprisonment, but suspended the sentence in its entirety on strict conditions, including that he keep the peace and be of good behaviour for three years.

During the sentencing hearing, Garda Grainne Collier told Fiona McGowan BL, prosecuting, that when arrears arose regarding a 30 year mortgage of €247,500 granted in October 2017, KBC Bank began an investigation and documents submitted during the application were examined.

Gda Collier said discrepancies in the documents were noticed, including the name of the company Hurley had purported to work for being spelled differently in lodgements made to his personal bank account and to his savings account.

Further enquiries discovered that the VAT number for the accused’s alleged employer, which was on a P60 document submitted during the application, did not exist.

A signature on the document purporting to be that of the company secretary also did not match signatures on other documents.

The court heard that Hurley never worked for the company he had purported to be working for in the documents submitted.

Gardaí then took over the investigation and discovered all the entries were forged on bank statements submitted during the application.

The forgeries were of “very high quality”, the court heard.

Gda Collier told the court that while the arrears had been over €9,000 when the matter was reported to gardaí, as of September 2021 the arrears now stand at €1,180.

The garda agreed with Jane McGowan BL, defending, that the bank have recapitalised the loan and that rather than seeking to retake the house, they have rearranged the mortgage to be a 35 year loan.

Gda Collier confirmed that the bank are happy for the accused man to repay the mortgage.

Ms McGowan said her client was a father-of-three whose life began to spiral out of control around 2016 and 2017 when the relationship with his then partner broke down.

She said he was kicked out of his then family home and went back to live with his parents.

Counsel said her client’s friend told him if he paid €3,000 to a person he knew, documents could be gotten to secure a mortgage application.

She said her client believed he could make repayments and this could give him the opportunity to have his children back living with him.

She submitted that her client is the main provider for his children and they are living in the home with him.

By Brion Hoban A father-of-two who stole over €26,000 from his employer Lidl to feed a gambling addiction has received a fully suspended sentence. Marcin Konar...
Read more
Dublin