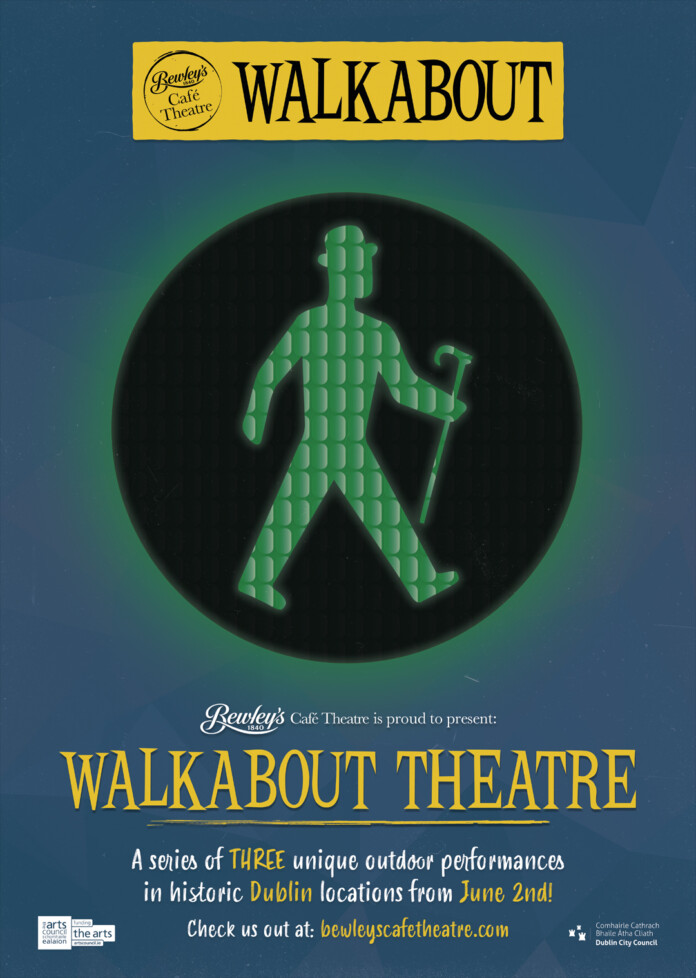 Following a fantastic response, sold-out shows and many requests for more performances, Bewley’s Café Theatre have announced that the inaugural Walkabout show, ‘Bloody Phoenix’, will return for two weeks only in the beautiful surroundings of the Phoenix Park.

This exciting new promenade drama concerns the Phoenix Park murders of 1882 – one of the most shocking and controversial events in Irish history.

A proposed feature film about the famous assassinations has got the green light and the director and the producer are in the park to discuss locations, casting and much else.

Focusing on the brutal ambush, they plan how best to show the bloody events in which two high ranking British officials were stabbed to death in broad daylight.

The director is a young would-be auteur, high on his vision of an art house masterpiece.

The beleaguered producer is more concerned about getting the tone right for a modern audience and keeping everything within the tight budget.

As they stroll around the actual crime scene, with the audience in tow, they tell the story of the killings while revealing some of the logistical challenges of modern cinema.

The performance starts in the car park by the Papal Cross

Meeting points, directions and Walkabout pre-show tips will be available on the website.

In the event of heavy rain or inclement weather, the performance may be cancelled or postponed.