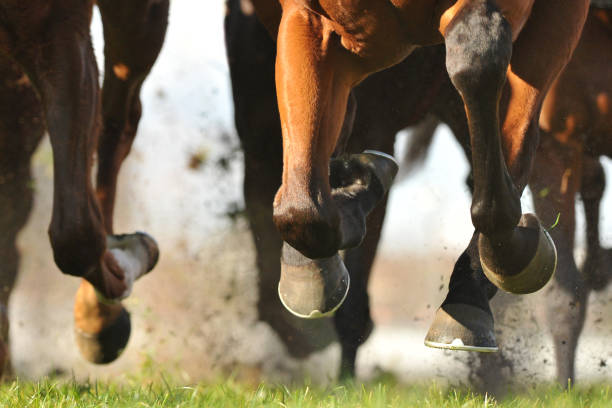 The programme made the discovery that off the track, many horses suffer career-ending injuries, and rather than being rehabilitated or retrained for life outside the sport, race horses that have been owned and trained by some of the biggest names in the industry have been put down.

A spokesperson for the Irish Council Against Blood Sports said:

“Following last night’s horrific Panorama exposé that showed Irish racehorses being cruelly and callously slaughtered, the Irish Council Against Blood Sports can reveal that 12,074 Irish thoroughbreds were slaughtered here in Ireland over a five year period at Department of Agriculture-approved facilities.

“The 2016-2020 killings were confirmed by the Minister for Agriculture, Charlie McConalogue, in response to a Dail Question from Deputy Paul Murphy on March 24 https://www.oireachtas.ie/en/debates/question/2021-03-24/2025/

“Clearly the horse racing industry operates on the same basis as greyhound racing, with horses who don’t make the grade, are injured or past their best, ruthlessly disposed of in slaughterhouses.

“Many will have been sickened to the core at the video footage that emerged in the BBC’s “The Dark Side of Horse Racing” Panorama programme, most of it too distressing to broadcast, with reporter Darragh MacIntyre stating that “the scenes are so upsetting, we can’t show most of them”.

“The shocking footage secretly filmed by Animal Aid – which is campaigning for a ban on horse racing – captured the shooting of horses from a distance (resulting in even worse suffering) and the shooting of distressed horses in view of others.

“Surely this must be a wake-up call to those that support this cruel industry – sponsors, racegoers, gamblers, and not least our government, which grant aids horse racing to the tune of a whopping €76 million per annum (over a billion euros since 2001).”