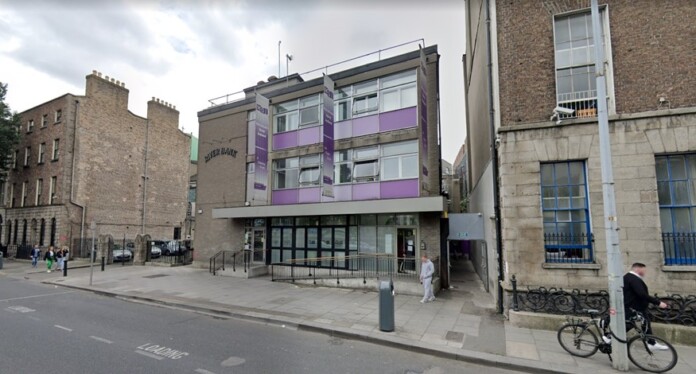 Planning permission granted to develop the country’s first supervised injection facility has been deemed invalid by a High Court judge.

The ruling comes after temporary permission was granted for the centre at Merchant’s Quay in 2019 by An Bord Pleanala.

The permission allowed the building being operated by homeless charity Merchants Quay Ireland to be used a medically supervised injection facility for three years.

This would allow drug addicts to inject themselves in a safe environment where they would be given clean needles with the drug waste being disposed of by the centre.

However, the High Court ruled the permission invalid after a local school, St Audoen’s National School filed for a judicial review.

The board of management for the primary argued that ABP did not consider its submissions when the planning authority made its decision.

The board submitted an detailed objection to the development, saying that the centre would have adverse consequences on the pupils and staff at the school.

It said that if developed, the facility would create a “drugs marketplace,” in the area.

Mr Justice Garrett Simmons said that ABP did not adequately consider the school’s concerns, nullifying the permission “The failure to explain the reasons for which they (the submissions from the school) were not accepted represents a breach of the statutory requirement to state the main reasons and considerations for the decision,” he said.

“This breach is enough, on its own, to invalidate the planning permission.” After the ruling, Merchants Quay Ireland said it was still dedicated to progressing the development.

“MQI, together with our legal team, will consider this judgement. “We remain committed to the opening of a Mandatory Supervised Injection Facility as part of a health led approach to addiction. “There is a clear need for this facility. These services save lives.”

Local politicians have also raised concern about the decision, saying it is proven injection centres save lives. Patrick Costello, TD for the area of Dublin South-Central said the “delay will cost lives.” “These centres are proven to reduce overdoses and help stop the spread of needle-borne diseases.

“We are awaiting details on the court judgement, but the urgent need for this centre has not gone away.

“Whatever issues there are with this case, we need to work them out and ensure that this centre is operating as soon as possible.”

Labour TD Aodhán Ó Ríordáin, a former drugs minister, said it was “devastating.” “My understanding is that the Department have made no alternative plans, such as a mobile clinic, in the event of such a ruling.

“Never ceases to depress me what little value is placed on the lives that are lost annually through overdose.”

Green party councillor for the area Michael Pidgeon says people with addiction are “being denied basic safety once again.”

“These centres save lives and any delay will cost them dearly. “The surrounding area has big problems with public injecting and I am regularly contacted about dumped needles – often left in parks and play areas.

“This centre would hugely help with that problem, improving things for those in addiction and the wider area alike.

“I understand why people oppose this centre or its location: but this delay is not a solution for anybody.

“I worry that this decision will mean more years of inaction, public danger, and ultimately death.

“The legislation allowing these centres passed four years ago – it is beyond time to get this much-needed centre up and running.”