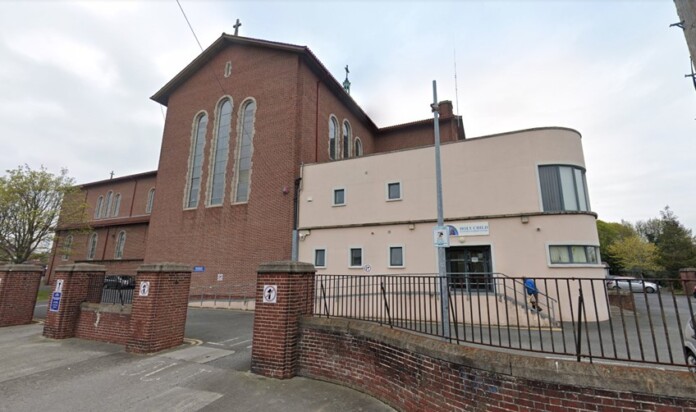 Artane-Whitehall councillors have asked Dublin City Council to write to Clann Housing to stop any progress on the development of the housing project on The Thatch Road.

The development, which has been led by Clann Housing on behalf of Dublin City Council, is located in the carpark of Holy Child Church in Whitehall and is aimed at older persons currently on the council’s housing list and people wishing to downsize their home.

However, the project has been the subject of controversy with local residents and councillors saying that Clann Housing, a subsidiary of Cluid Housing that progresses “age-friendly” housing projects, has not consulted with the community.

Social Democrats councillor for the area Patricia Roe says that local residents first began raising concerns about the development when the scale of the project was revealed.

“Everyone was surprised at the height of the proposed building as it is 7 stories – seemed a bit intense for that site and as it is intended for older residents, no one was expecting it to be so high,” she says.

Roe says that communication between Clann Housing and the people living on The Thatch Road was limited for a number of months.

“Fast forward to April, nothing has happened and residents on Thatch Road, adjoining the site, are wondering what is happening and rumour mill in overdrive.

“After several attempts by myself to contact Cluid, I eventually got her to set up a date for a Zoom meeting with residents which would, hopefully explain the development to them and answer some of their questions,” she says.

“The meeting had an attendance of around 65 which is really good engagement for a public information meeting but it was a fiasco.

The meeting was chaired by the head of Clann, who spent about 10 to 15 minutes explaining who Clann were and what there were about.

“It appears Clann run the ‘seniors’ section of Cluid housing.

“The architect then gave a 40-minute presentation of the development.

“It was the exact same as the one he gave to the councillors but was tone deaf to who his audience was.

“I don’t think there was anyone at the meeting who was interested in living there, what they wanted to know was how much sunlight they would lose from the back of their houses, overshadowing etc.”

Roe says that residents who attended the meeting were asked to submit questions in advance, with them being answered by Clann representatives at the end of the presentation.

“What happened in the 10 mins left, as the meeting was only scheduled for an hour, was that the chair selected a couple of questions to answer herself,” she says.

“The chat facility where I and others were submitting question was turned off so that only you could see your question, and none of these were answered.

“Needless to say it pissed people right off.”

Roe says that residents and herself wrote to Clann Housing complaining about how the meeting was run.

She says that she received a “very unsatisfactory answer” and many residents “did not receive a reply” at all.

“Because there has been such bad communication, Covid restriction not-withstanding, I decided to submit the motion.

“The area manager agreed that the meeting had not been run in a satisfactory manner and is to write to Clann to organise a further meeting.

“Understandable that Clann did not want the meeting to descend into a screaming match, but people would have been content if questions that they had submitted were at least addressed.

“An FAQ document was supposed to be made available but we still waiting a month later,” she says.