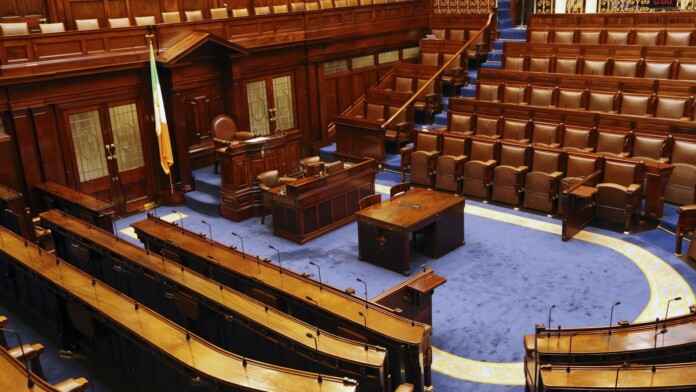 Aontú Leader Peadar Tóibín says he welcomes the Garda investigation into the potential breaches of the Official Secrets Act by the Tánaiste.

“There are serious questions over the Tánaiste’s conduct whilst Taoiseach in relation to the leaking of the IMO confidential contract, to a friend and President of a rival organisation (the NAGP) Dr Ó’Tuathaill,” Deputy Tóibín said.

“When the Tánaiste answered questions before the Dáil, I left the Chamber with more questions than I did answers.”

“I feared the extent to which this conduct has been repeated throughout Leo Varadkar’s various tenures as Minister or Taoiseach.

“Since that night, HSE correspondence contradicting and refuting the testimony of the Tánaiste has come to light undermining the narrative put forward by the Fine Gael Leader.”

Deputy Tóibín said there are “also serious questions” over the Tánaiste’s “undermining of Minister Simon Harris” and the motivations behind his actions.

“Since the Dáil cannot get seem to get full and truthful answers from the Taoiseach, it has now been left up to the Gardaí to determine the full truth and potential criminality of Varadkar’s actions,” the Aontú Leader said.

“Nevertheless, it is vital that the elected representatives of the people not be neutered in investigating this corruption.

“In this vein, I invited Dr Ó’Tuathaill on the 5th of November, 2020, to testify before a Dáil Committee over his account of events.

“Given the degree to which the Tánaiste blamed Dr Ó’Tuathaill for the over-hyping of the issue, it is important we ascertain where the truth lies”.

“I have not yet received a reply from Dr Ó’Tuathaill, and so reiterate my request that he agree to testify before a Dáil Committee on the leaking of the IMO Contract to himself by the then Taoiseach Leo Varadkar.”

“This is an extremely serious issue.

“It is unusual to say the least to have a serving Tánaiste being investigated by the Gardaí for such as significant offence.

“How much of the Táiniste’s time will this take?

“Many will feel that the Táiniste should step aside while he is being investigated.

“If there is no accountability, it undermines the confidentiality of every government document in future.

“If a Taoiseach gets away with leaking highly confidential material in this manner it gives licence to others to do the same.

“This leak have a material advantage to a close friend of the Táiniste. Golden Circle access provides influence, influence and knowledge to a selected few.

“These inner circles must be brought to an end”.

A fraudster who took part in a €1.5 million money laundering operation for an organised crime gang has been jailed for four-and-a-half years. Calin Scintei...
Read more
Dublin