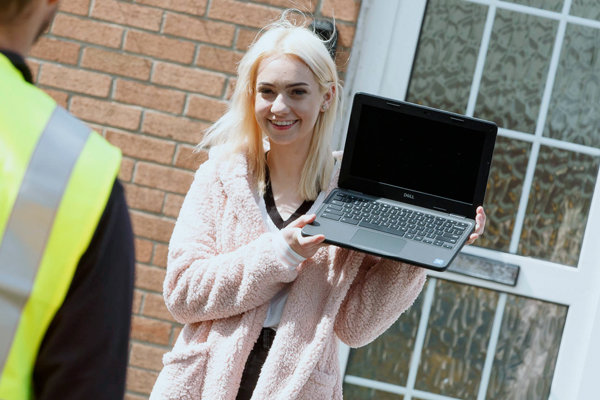 Trinity College Dublin and Camara Ireland are appealing to more businesses to get involved in their campaign to supply laptops to disadvantaged students.

NUI Galway, the NUIG Access Centre, the Galway City Partnership and the Galway Chamber are partnering with the scheme in its current phase.

The campaign is asking the public and businesses to get involved by donating their used laptops and Chromebooks – dating from 2015 or after – or by giving a financial donation to fund refurbished laptops for second-level students, those in direct provision and disadvantaged students in adult education.

Tech2Students was developed in April 2020 by Trinity Access and Camara Ireland in response to the digital divide experienced by students in DEIS schools that was exacerbated by COVID-19.

Since Phase two of the campaign began in December with support from Rethink Ireland, Tech2Students has received 166 donations from companies and members of the public.

It has also refurbished and delivered 75 laptops.

It is now appealing for more support as the introduction of level five restrictions mean students will have to rely on technology to access education.

Donations can be small; one refurbished device costs from €300 (at the cheapest) while €10,000 could provide 33 students with internet access.

A survey recently conducted by Tech2Students indicated that 55% of DEIS school students reported they had limited or no access to a device.

“These are very difficult times for many businesses, but if you are in a position to donate used laptops or give a financial contribution to this crisis project , I urge you to please do so, as a digital divide will limit the potential of thousands of our young people”.

The scheme is accepting donations at its workspace in Dublin and can also facilitate monthly collections in the Dublin and Galway city and surrounding areas.

Please contact the scheme at tech2students@ta21.ie if you have any questions and/or would like to get involved.