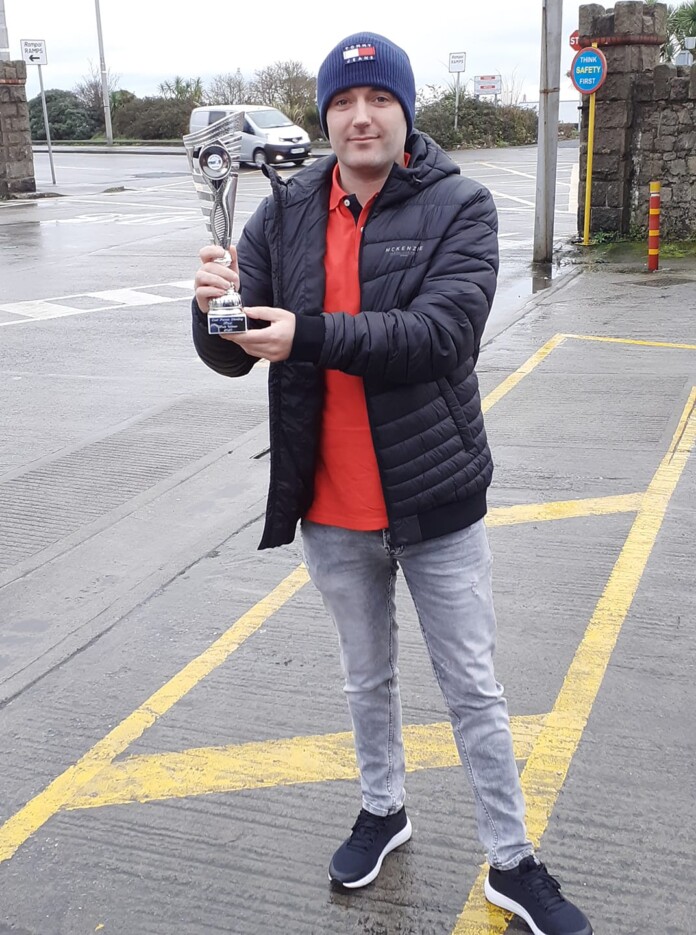 A CLONDALKIN man who ran 1,500 km in just 66 days hopes his extreme endeavour will raise much-needed funds for a little girl. 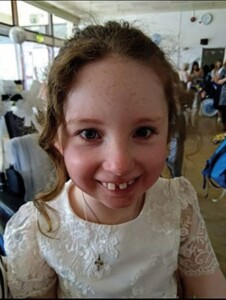 As well as aiming to win the competition, Mark was also running for ten-year-old Freya Doyle (pictured above) from Donaghmede.

Freya was born with Ohtahara Syndrome, a very rare form of epilepsy which prevents her from walking, talking, feeding or going to the toilet on her own.

Her family are currently trying to raise funds in order to convert their home to cater for Freya’s needs as she urgently requires a bedroom and wetroom downstairs.

They are hoping to raise €40,000 so they can improve little Freya’s quality of life with the refurbishments to their family home.

Mark, who is a vastly experienced marathon runner with over 200 under his belt so far, hopes his win can help Freya’s family reach their target.

“This was a very tough challenge, one of the hardest, and I was absolutely delighted to get the win,” Mark told Southside People.

“I spent 10-11 hours every day running in Corkagh Park for the past couple of months and yes there were moments when I thought to myself ‘how am I going to do this?’

“I started the challenge carrying an injury and to be honest with you I didn’t think I’d last until the end.

“Weeks and weeks of back-to-back ultra-marathons were tough but what kept me going was I wanted to win it for Freya.”

After 66 days of extreme running came the news that Didier Di Costa, the other last person standing, had ended his involvement in the race.

But the pain wasn’t over yet.

“I got a call at 48kms that Didier was after dropping off, but this didn’t mean I’d won.

“I was told if I finished the 30km then I’ll be the winner but I started feeling really weak and in pain. “Thankfully I managed to get over the line and finish the 30km.”

“At six weeks old Freya was having 200-300 seizures a day, her parents Ciara and Greg were told her life expectancy at best could be only two years,” Mark said.

“Freya is fully dependant on others for her daily needs and requires daily medication to keep her seizures at bay.

Despite this Freya is now aged 10 and is a happy little girl.

“Their home is no longer suitable for her complex needs and for her to stay safe and comfortable she now needs to be hoisted as she has gotten too heavy for her parents to carry.

“It is becoming increasingly difficult for them to carry Freya upstairs for washing and near impossible and dangerous getting her out of the bath.

“I hope my win will raise some much funds so the structural work can be done to their family home.

“If any of your readers would like to help they can go to http://gofundme.com/f/freyas-fairies-need-your-help to make a donation.”

By Isabel Hayes A man held up a judge, a barrister and his estranged wife with a fake pistol and a hoax pipe bomb during...
Read more
Dublin

Social Democrats councillors on Dublin City Council have added their names to a cross-party statement of solidarity with Lord Mayor Hazel Chu after she...
Read more
Dublin

DUBLIN City Councillors from all political parties have released a joint statement, coming out in support of Lord Mayor Hazel Chu after she was...
Read more
- Advertisment -