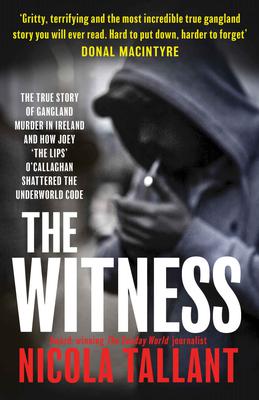 Joey O’Callaghan was just 18 years old when he became a ghost – the youngest ever person to be signed up to the Witness Protection Programme.

Groomed into a drug gang from the age of 10, a cold- blooded assassination sickened him to his core, and he broke the golden bond of gangland silence. The
evidence he gave won murder convictions against two of the most violent drug bosses in Ireland.

Relocated to England with a new identity, Joey had to face the world alone, and soon realised it was he who had received a life sentence. Some 15 years on, the ripple effects of the gunshots that rang out that night continue to leave a devastating legacy for everyone.

Executive Editor Jo Sollis says: “I am very excited to be working with such a skilled and knowledgeable writer as Nicola. The story she tells of Joey’s descent into a terrifying criminal world is not only gripping from the start – it also brings shocking new revelations.”Nicola Tallant is the foremost authority on gangland crime in Ireland. A journalist for 20 years she is three times winner of the prestigious Newsbrands Crime Journalist of the Year Award and currently holds the title.

Nicola says: “In writing this book I hope to take the reader right into the dark heart of gangland, a place where a bullet in the head is just another way of doing business. The Witness is undoubtedly the most extraordinary story of my career.
Joey ‘The Lips’ O’Callaghan was groomed into the underworld as a young child but as he became a man he broke all the rules and his story is a testament of how good can win out over bad.”

The Witness by Nicola Tallant is published by Mirror Books