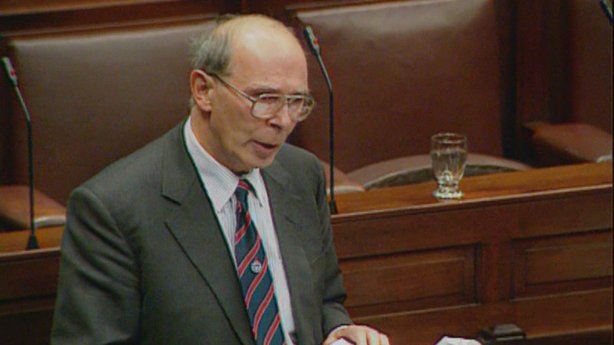 Tributes are being paid to former Labour minister Mervyn Taylor, who has died aged 89.

President Michael D Higgins described Mr Taylor as a “founding figure in the movement for equal access for all citizens before the law”.

“The death of Mervyn Taylor represents the passing of an icon in the struggle for equality,” he said.

He was first elected to Dáil Éireann as a Labour Party TD for Dublin South-West at the 1981 general election, on his third attempt.

He then held the seat at every election until his retirement from politics in 1997.

“I got to know Mervyn when I was on the officer board of Tallaght Community Council and we had much contact,” he said.

“We were then colleagues as members of Dublin County Council from 1991.

“Mervyn was always so kind and helpful to me and he was a great Representative for the people of Tallaght and always worked closely with other elected representatives on the issues of concern to the people.

“I am deeply saddened at the news and I offer my deepest sympathy to Mervyn’s family and to the Labour Party.

“May Mervyn Rest in Peace.”