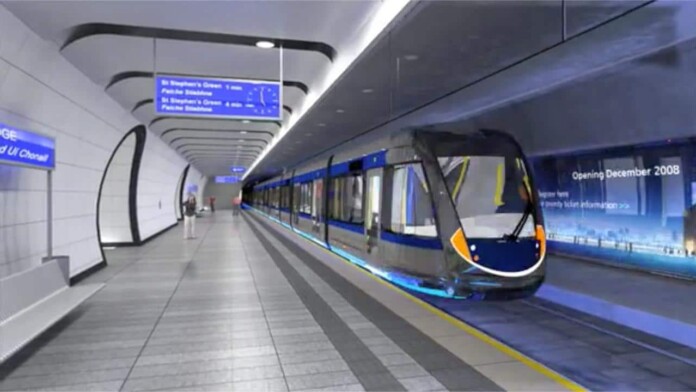 Metro South West say they want a Metro to be considered for the area lying between the Green and Red Luas lines.

This area has no Rail, Dart, QBC or LRT line to alleviate the traffic or to answer the need for public transport to serve what is predominantly a residential area. Because of the nature of the old streets from Stephens Green to Rathfarnham there is no opportunity to have a Light Rail system.

The Transport Strategy is due to be reviewed in 2021 and a study investigating the feasibility of a metro to Dublin south west is to be conducted as part of this review.

However, Metro South West believe that the feasibility study as currently laid out will not deliver a realistic evaluation of a Metro for South West Dublin.

In a statement the group said:

“Metro South West fear that the outcome of the feasibility study, which was promised in the Program for Government, is a foregone conclusion because it deliberately excludes large areas with rapidly expanding populations.

“Knocklyon-Firhouse-Bohernabreena will see up to 4000 new homes in the coming Five years and many more will undoubtedly follow that period.

“Metro South West would like to see the terms of reference revised to consider St Stephen’s Green instead of Beechwood/Charlemont as a possible starting point.

“This would allow large areas like Kenilworth, Harold’s Cross and Kimmage to become catchment areas.

“Similarly, they see Firhouse instead of Knocklyon as a viable terminus as it opens up Killinardin, Ballycullen, Aylesbury, Kiltipper, Oldcourt, South Tallaght etc. as huge catchment areas. There is also real potential in closing the loop to Tallaght and the Red LUAS line.

“A metro to the south west, if designed to the correct route, could futureproof capacity and connectivity to the South West for a century.”