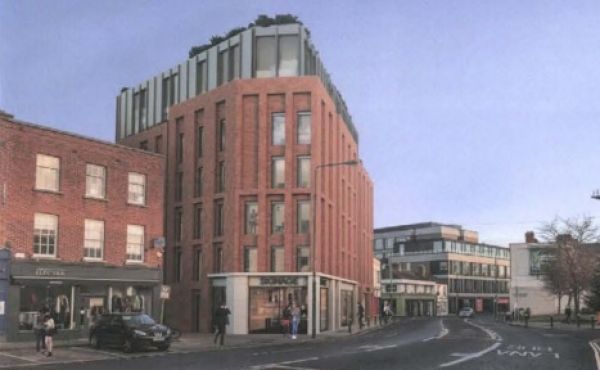 DUBLIN City Council has given the green light to demolish Kiely’s pub in Donnybrook and replace it with a shared co-living accommodation scheme.

The council has given the revised plan by Westridge the go ahead despite 115 objections being lodged against the proposed scheme. 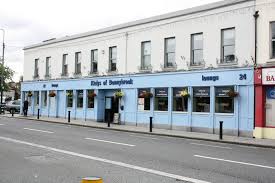 The development will see the demolition of the well-known pub building (above) which will be replaced with a six-storey shared-living scheme of 91 units.

Despite the recent ban on co-living developments announced by Housing Minister Darragh in November, developer Westridge is able to proceed with their plans as their planning application was lodged prior to the formal introduction of the ban on December 22.

Among those who objected to the plans include Lord Mayor of Dublin, Cllr Hazel Chu, Senator Ivana Bacik, Chris Andrews TD, and Cllr Dermot Lacey.

The original scheme reached to seven storeys and was made up of 100 shared living units.

However, revised plans lodged in response to Council concerns over the scale of the project included the omission of one storey which reduced the number of shared living units from 100 to 91.

Lord Mayor Chu said in her objection that the plan to build the co-living development “is unduly hasty and poses serious health concerns” in light of the Covid pandemic.

“In the midst of a homelessness and housing crisis, co-living is a dangerously complacent attempt to address the crisis in the capital’s rental market,” Lord Mayor Chu said.

The development’s 91 co-living units will be served by communal kitchens, and living and dining spaces on each floor.

The scheme will also include external terraces within a courtyard at ground floor level, with roof terraces located at sixth and seventh floor level.

Residents will also have access to several onsite amenities like a screening room, a gym and a co-working shared space.

Residents will also be invited to avail of “member-facing platforms” through their desktops and mobile phones which will allow them to do everything from making rent payments to making service requests, as well as accessing concierge services.

These platforms will also be used to promote what the developer describes as “community engagement”.

The Kiely’s scheme is also set to include a café and restaurant at ground level which the developer says will help to restore activity on Donnybrook’s main thoroughfare.

Westridge says it plans to offer accommodation at the planned development to medical staff and other essential workers due to its proximity to St Vincent’s Hospital and the Royal Hospital Donnybrook.