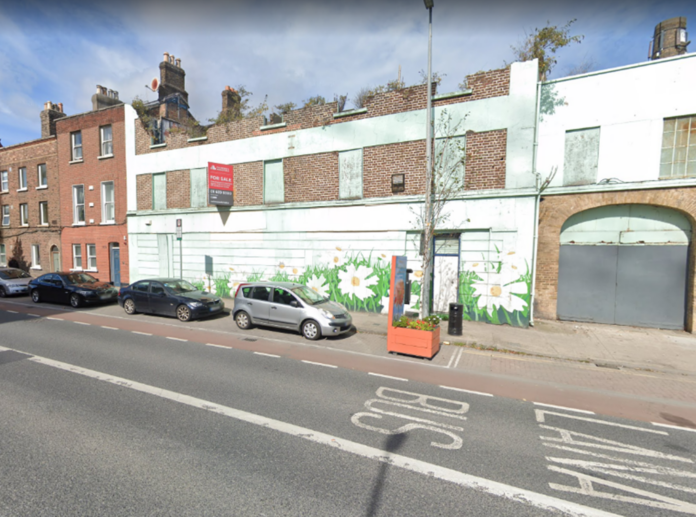 Development ‘nobody wanted’ on Cork Street given go-ahead by ABP

An Bord Pleanala has given the go-ahead for a 378 residential unit co-living complex for the Old Glass Factory site on Cork Street, Dublin 8.

Submitted by Alphabet ABC Properties, the plans propose to demolish the existing derelict buildings on the site and develop a new shared accommodation complex.

The proposal was submitted to An Bord Pleanala last year before Minister for Housing Darragh O’Brien TD announced a ban on co-living developments in November.

Each floor will contain workspace areas with communal kitchens and living and dining rooms.

The planning authority said that the development would comprise of an acceptable number of units and density as so long planning conditions are obeyed.

One condition instructs the development to be reduced by 19 bed spaces – from 397 to 378.

These spaces were originally proposed for the basement level.

In its explanation, An Bord Pleanala said it had taken into account a report submitted by Dublin City Council chief executive Owen Keegan who said the development was suitable for the site and area.

However, the development has been the target of criticism from politicians and local residents, who say they have several concerns regarding the proposal.

Darragh Moriarty, Labour councillor for South West Inner City said: “permission being granted for this co-living development is a significant blow not only to the local community, but also to local democracy.”

Moriarty says that an extensive public consultation found that the development was not welcomed in the community.

“I engaged with the local community on the Cork Street development, hosted online public meetings, met with people in-person at a physical distance and the community response could not have been clearer: nobody wanted this,” he said.

“Every Local Councillor opposed this, the local community opposed this […] and yet An Bord Pleanala saw fit to waive this through.”

The building, which will stand at 25.6 metres tall, will contravene the Dublin City Development Plan which states that a building height of 24 metres should be the limit for the area.

However, the board said it considered the development was acceptable because it was of strategic and national importance in contributing to government policy on increasing the delivery of housing.

Sinn Fein TD for Dublin South-Central Aengus Ó Snodaigh said he was “disappointed” in the decision and that such complexes create “transient communities,” not catering to communities that can “develop.”

“The development is also in contrary to Dublin Development Plan and doesn’t take into account the people living near-by.”

Deputy Ó Snodaigh said that local residents are “horrified” at the news and a judicial review may be filed in objection to the development.