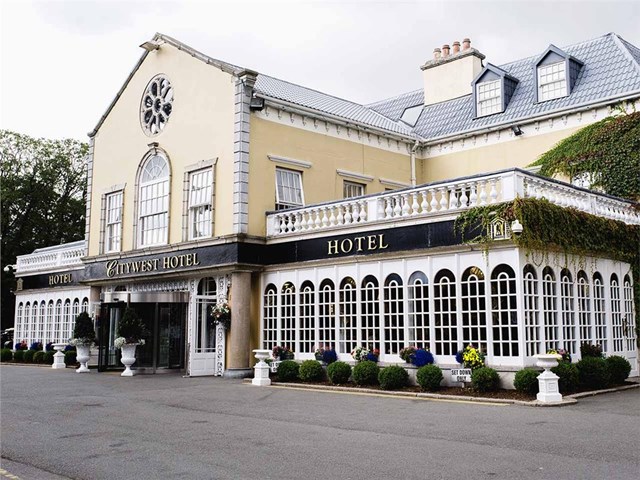 THE company that owns Citywest Hotel has been granted planning permission for a large residential development in Saggart.

This is after An Bord Pleanála gave the Tetrarch Capital owned Cape Wrath Hotel ULC, which runs Citywest Hotel, the go ahead to build 224 apartments at Garters Lane.

The application was made under the Strategic Housing Development process which allows large-scale developments to bypass local authorities and go straight to An Bord Pleanála.

The site where Cape Wrath Hotel ULC want to build the estimated €50 million apartment development is on a 1.1 hectare site close to Citywest Hotel.

The hotel is currently being used by the HSE as a coronavirus-isolation centre.

According to plans lodged with ABP, the apartments will range from 4 storey to 8 storey.

Also included in the plans are details on all other Strategic Housing Development Applications in the local vicinity.

An Bord Pleanála records also show that Cape Wrath Hotel ULC is a prospective applicant for fast-track plans for 275 residential units at Mill Road in Saggart.

The proposed developments will have to comply with the Fortunestown Local Area Plan which came into operation in May 2012 and was extended until May 2022.

The Local Area Plan addresses a specific area of land in the vicinity of Fortunestown, City West and Boherboy and provides that residential development across the Saggart-Cooldown Commons Neighbourhood will be laid out “in a grid like format that incorporates perimeter blocks and a hierarchy of streets.”

It states that in order to facilitate the provision of own door housing, net residential densities of 30-50 dwellings per hectare shall apply to the plan lands.

“The proposed development would, therefore, be in accordance with the proper planning and sustainable development of the area,” the Board said.