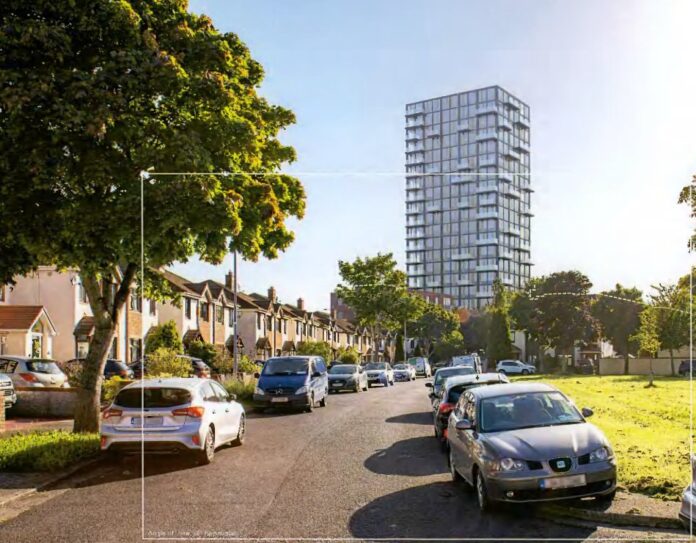 Controversial plans to build three tower blocks on the N4 in Lucan have been rejected following objections by residents.

On October 15 Fox Connect Ltd lodged an application to build 161 apartments on the site of the Foxhunter Pub. 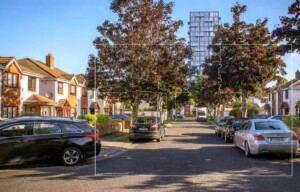 Many were opposed to the planned 20-storey tower block as they felt it would be totally out of character with the local area.

Another stumbling block for the developers was the fact that the site it is not zoned for residential purposes. 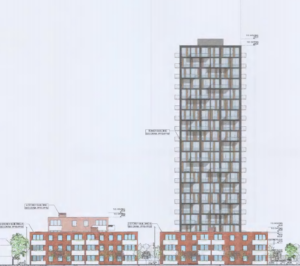 In their report, the Chief Executive explained their reasons for opposing the proposed development.

“Having regard to the RW zoning objective of the site,” the report read.

“Which seeks to provide for and consolidate retail warehousing, the development as proposed is a material contravention of the zoning objective of the site and to the relevant policies and objectives in the County Development Plan.”

“The scale of the proposal extending to 20 storeys in height is excessive in terms of height, scale and form and this monolithic proposal would be overwhelming and out of character in this area and would be contradictory to the policies and objectives as set out in the current Development Plan in relation to height.

“The proposal would have a detrimental visual impact on the area and in particular the surrounding residential dwellings to the south and west.

“The proposal does not comply with the ‘Urban Development and Building Heights Guidelines for Planning Authorities’ in terms of the scale of the proposal on the subject site, and the context of the wider area.”

Local Fianna Fail Councillor Shane Moynihan, who is opposed to the planned tower blocks, said the fight may not be over yet.

“The decision by South Dublin County Council to refuse planning permission for this development, including a 20-storey apartment block, was welcome but may signal the start of what may be a longer process,” he said.

“Well done to the over 170 residents and groups who made submissions.”