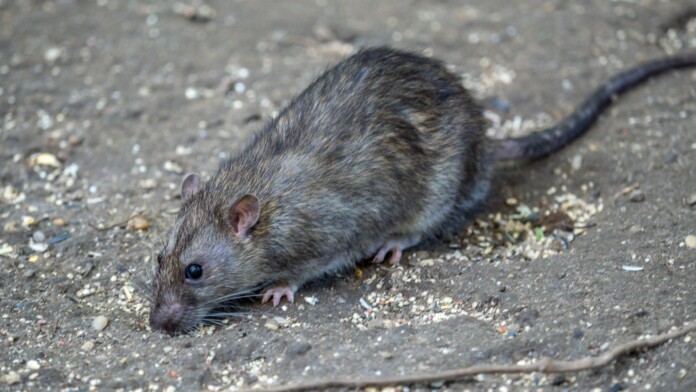 RESIDENTS of a South inner-city flat complex are calling on Dublin City Council and the HSE to deal with an ever-worsening rat infestation problem.

Long suffering locals living in Oliver Bond Street flats say they are running out of patience and want their rat problem ended once and for all.

“It’s ridiculous, it really is, the rats have a free run around here while some residents are forced to stay in their homes,” resident Liz O Connor told Southside People.

“It’s such a horrible situation.

“My next-door neighbour can hear them in the walls.

“Another neighbour puts out a trap in the garden every night and every morning there’s a rat in it.

“This is a constant problem for residents here yet nobody in Dublin City Council seems to want to sort it out.

“They pass on the information to the HSE who come out and put down poison for a few days which is a big waste of time.

“The flats are 84 years old, and each flat has a refuse chute in the kitchen that goes down to ground level.

“These old chutes aren’t used anymore by the residents, but the rats use them to move up and down the flats.

“These chutes should be removed immediately, it’s the only way to fix the problem.

“But nobody from either DCC or the HSE seems to want to take responsibility.”

“The residents in the Oliver Bond Complex are living in fear as the complex is been overtaken by scores of rats,” Senator Ardagh said.

“This is an ongoing problem and the residents feel abandoned by DCC and the HSE.

“I am calling on Dublin City Council and the HSE to liaise with the residents of the complex with a view to putting an end to this problem once and for all.”

Southside People contacted Dublin City Council to find out how they plan to put an end to the rat problem.

A spokesperson told us: “The responsibility for treating rats and mice on Council land/property rests with Dublin City Council.

“However, the HSE Pest Control Service has been working with DCC to resolve the ongoing issue of rats in the Oliver Bond complex.

“Dublin City Council has an in-house pest control team that treats the common areas of the Oliver Bond complex, whilst the HSE Pest Control Service treats any internal domestic infestations.

“DCC have already carried out a significant large amount of repairs to the pipe network in Oliver Bond.

“All pipe work has been camera surveyed and damaged pipes have been repaired.

“Further works have been done, manholes have had heavier covers installed.

“New gullies have been installed, rubbish bins have been plugged and bin chambers installed.

“Bin Collection services have been increased from 2 to 3 days weekly.

“Dublin City Council Housing Maintenance will continue to do everything possible to resolve this issue.”

A spokesperson for the HSE added: “Residents can contact the HSE Pest Control Service directly to request that their home is treated for rats, it does not have to be logged with DCC.”