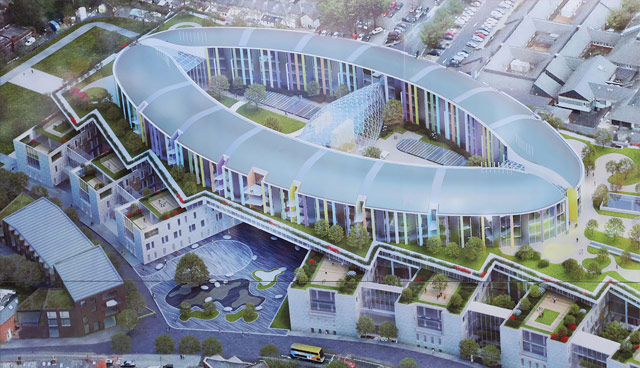 The Social Democrats spokesperson for Health was commenting after it was revealed that the cost of the new  Children’s Hospital is set to rise to over €1.43bn and it is unlikely to be ready to open until 2024.

The new hospital, which is being built on the campus of St James’s Hospital, was originally planned to be completed by 2014.

The National Paediatric Hospital Development Board (NPHDP) overseeing the project is involved in a long-running dispute with the hospital’s construction company, BAM.

Deputy Shortall said it was “disappointing” to hear in the boards opening statement that there have been hundreds of claims for hundreds of millions of euro in relation to this development.

“Was the inability of NHPDB to give us a working assumption of both the estimated completion date and estimated total cost of the hospital project.

“Given the evidence we have heard here today, it is not credible for the board to talk about working towards the original completion date.

“More than nine months of progress has been lost this year alone and who knows what else is going to hold this project up.

“It is concerning that NHPDB cannot provide details of expected cost overruns or a breakdown of the legal fees contained in the €1.433 billion estimate for the project.

“The board said today it will not be in a position to provide an update on the costs and timeline of the National Children’s Hospital project until the first quarter of 2021.

“We need to bring NHPDB before the Health Committee again in January to answer pre-set questions that the public and taxpayer are entitled to.

“It is highly unsatisfactory that that board was not able to answer our questions today and it is not an acceptable way for a public body to operate.”

Labour employment spokesperson Senator Marie Sherlock has said it is 'simply unacceptable' that the Rotunda Hospital did not receive the full funding it sought...
Read more
Northside East

Councillor Seána Ó Rodaigh of the Labour Party was elected as Mayor of Fingal at the annual meeting of Fingal County Council which was...
Read more
Northside East

Fingal County Council has announced, in partnership with the Irish Coast Guard and Howth SAAO Committee, that a new safety initiative for Howth has...
Read more
- Advertisment -