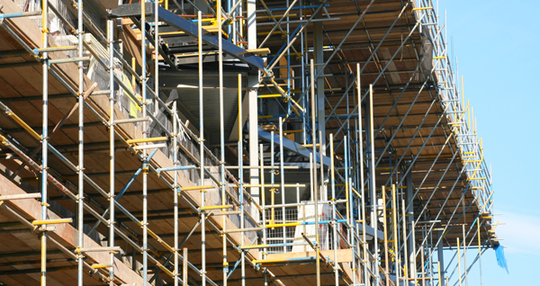 A Northside Councillor has blasted Fine Gael and Fianna Fail for creating an over reliance on ‘developers and speculators’ to build homes.

With investment funds now competing against first time buyers for the purchase of new homes, Labour Councillor Declan Meenagh said we need to see action quickly from the government to stop this, but also a refocus on the state building and delivering social and affordable housing, greater security of tenure for renters, and a freeze on rent increases.

“After five years of Fine Gael and Fianna Fáil in government since 2016, it’s clear that one of the major problems in our housing crisis is the failure of the State to ramp up the building of enough social and affordable housing leaving us reliant on developers and speculators,” Cllr Meenagh said.

“We can see locally the impact of the failed government policies with a lack of investment in public housing, and sky rocketing rents over recent years.

“In the midst of a housing crisis where hard working people are effectively locked out of buying a home due to consistently poor, speculator-led housing policy, the government must act. We need to quickly see changes in planning and taxation law to stop this.

“What is clear once again is that the private housing market has failed, for years now we’ve been calling for the State to take a more active role in building housing.

“We wanted 80,000 homes built over five years on public land, we also wanted stronger tenancy rights and a rent freeze. Over the last five years Fine Gael and Fianna Fáil have allowed a speculator, developer led housing model become dominant in the delivery of housing.

“Prioritising profit ahead of ordinary people during a housing crisis unlike any experienced before is disgraceful. The Labour Party have put forward multiple solutions in recent years and we need to see what the government parties will now do.

“Home ownership is a legitimate aspiration for all people – single or married, young or old – and we need to put in place supports for collective approaches to home ownership for low and middle income households. At the moment, every layer of our housing system is entirely dysfunctional. First time buyers continue to face huge difficulty being trapped out of negotiations as many sellers are urged to consider selling to an investment fund in the first instance meaning properties aren’t coming onto the market.

“There is huge frustration among first time buyers that are finding themselves competing with huge investment funds. We’ve heard stories where estate agents are encouraging home owners to sell to investment funds before even putting the property onto the market. It is a total fallacy to think that this emphasis on investment funds will deliver housing for ordinary people. Investment funds are making a quick buck off the backs of working people and the Minister needs to level the playing field now.”