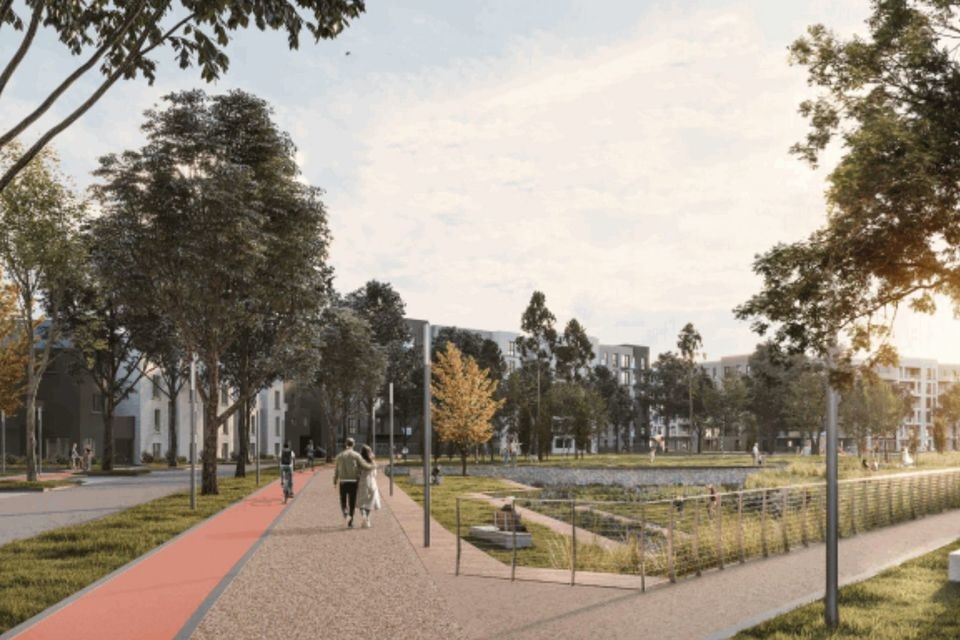 A proposal for a private developer to build 853 homes on public land is set to be voted on tonight by Dublin city councillors.

Many councillors are objecting to the construction of 50% private housing along with 30% social and 20% affordable purchase units on the site at Oscar Traynor Rd in Coolock.

Dublin City Council planners have already said in a report that the council does not have the expertise for such a development and the council is not a “construction contractor”.

They also said that if this plan is voted down it will take up to five years to draw up another through the tendering process.

Sinn Féin say they will oppose the disposal of the lands to a private developer and will propose an alternative development plan for one of Dublin’s largest sites.

The Dublin Agreement parties who control the city council, Fianna Fáil, The Greens, Labour and Social Democrats, are also opposed to the current plan in which Glenveagh Homes are the preferred bidder.

The Greens, Labour and Social Democrats want the council to take over the development while Fianna Fáil want a decision adjourned pending renegotiation of the price of affordable purchase homes.

Fine Gael is the only party in favour with the vote due to go ahead tomorrow night.

“Sinn Féin opposes the disposal of the Oscar Traynor lands to a private developer,” he said.

“The proposed disposal of the site to Glenveagh Living Ltd is fundamentally flawed.

“It fails to deliver cost effective housing for people who need homes the most.

“We will be proposing an alternative plan that sees Dublin City Council taking the lead in developing this important site.

“The site can be developed using the funding model agreed for St. Michael’s Estate, Inchicore.

“This would provide a good mixture of social rental, affordable rental and affordable to buy homes.

“The affordable rents could be set at €800 per month and full cost of affordable purchase homes would be €230,000 or less.

“We will be demanding that the CEO, senior management and all-party delegation led by An tArdmhéara seek an urgent meeting with the Minister for Housing Darragh O’Brien to discuss putting this model in place for the Oscar Traynor lands.”

The Labour Group on Dublin City Council say they will also reject the proposal to tender the development of the Oscar Traynor lands to Glenveagh Living Ltd.

“While the proposal presents a high quality attractive development, it sees us trade half of the total housing units (428) for the building of community amenities and infrastructure,” the group said in a press release.

“This does not sufficiently maximise the long-term public housing benefit this large site could provide. Of additional concern is that the proposal does not give a guarantee that none of the units will end up in the hands of profit driven investors.

“Since the tendering process for the development of these lands was first initiated in January 2017 our housing landscape has significantly worsened. We have failed to meaningfully bring down the number of those on our social housing waiting lists and the homelessness numbers continue to remain stubbornly high.

“The Oscar Traynor development has the potential to provide social and affordable housing for those struggling to keep a secure, long term, affordable roof over their heads and we believe this is not best served by trading half of the site for private development.

“We must draw a line in the sand and shift our local housing policy away from sacrificing the full potential of our land to the private developer and become the lead housing developer ourselves.

“We believe Dublin City Council has the capacity and expertise to realise this policy shift and we call on the Department of Housing, Local Government and Heritage to work with Dublin City Council to scale up our ambition and deliver high quality attractive public housing and the necessary community amenities on the Oscar Traynor lands for the benefit of the citizens of Dublin.”

Allied Irish Bank has been criticised for announcing the majority of its services will be removed from Ballymun later this year. Independent councillor for the...
Read more
Dublin