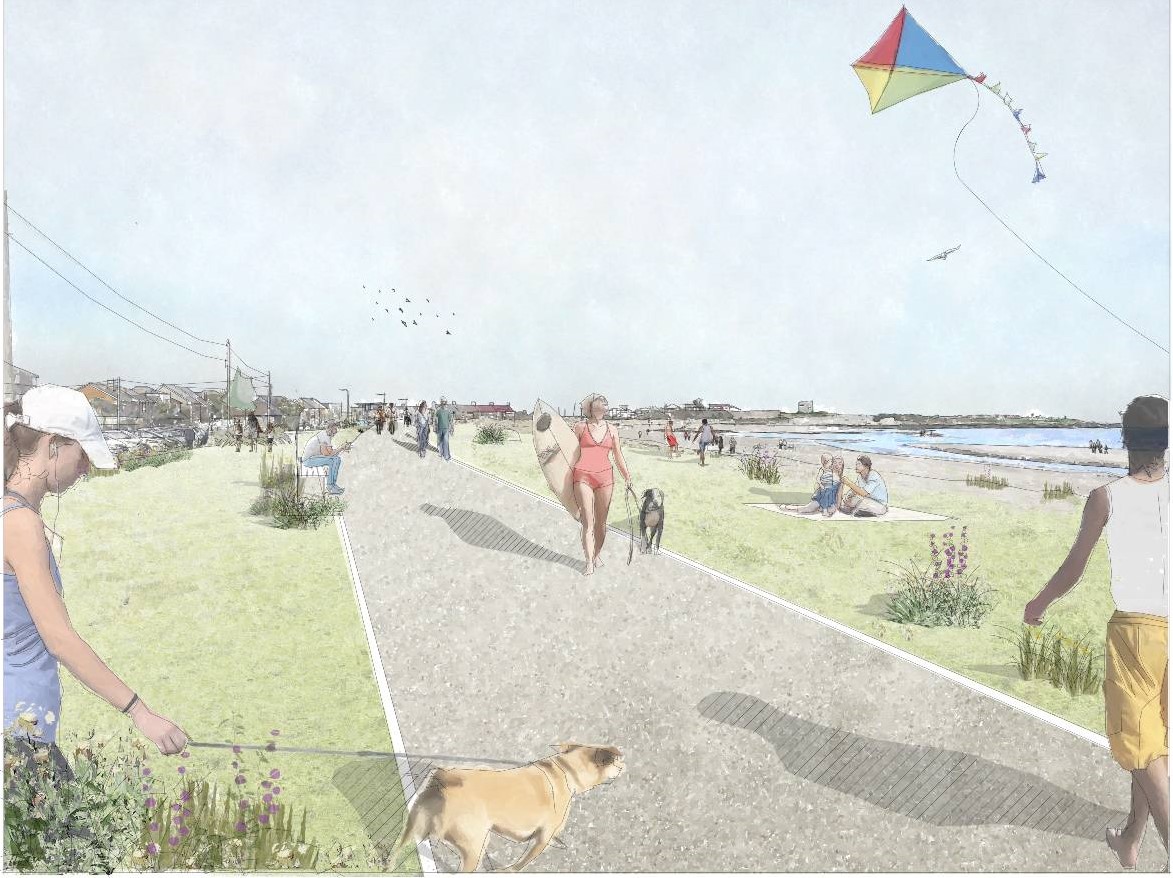 The omission of a coastal stretch between Donabate and Portrane from the Fingal Coastal Way has been described as “crazy” by a local councillor.

Social Democrats councillor Paul Mulville was speaking at a recent Area Committee meeting after he tabled a motion asking the council to amend plans for the 32km cycle route.

He says that Portrane should be connected via a cycleway beginning at Corballis, through the Portrane cliff walk, following St Ita’s trail and back to Beaverstown.

This would then link in with the proposed connection over to Ballealy.

Mulville says that the exclusion of Portrane from the original plans was a “major flaw”.

In response, Fingal County Council said that requests to include Portrane in the Fingal Coastal Way project had been the subject of a number of submissions received during the consultation process.

“The Donabate Local Area Plan contains a number of looped walking/greenway routes on the Donabate/Portrane peninsula and it was in this context that a spur to Portrane has not been included in the wider Fingal Coastal Way proposal,” the council said.

“Fingal County Council is currently considering options to provide a coastal cycling/walking link from Donabate to Portrane in the context of the recently approved Ballymastone recreational hub.”

However, Mulville said that the council’s answer was “vague” and that none of the looped routes contained in the Donabate LAP – which was produced in 2016 and has since been extended to 2026 – have been developed.

“There’s a real fear that unless we include Portrane in the current Fingal Coastal Way, which is live and actually happening, the local area plan will run out without any of these looped walks even being started,” he said.

“The Fingal Coastal Way will be brilliant, but it misses out the entire coastline of the Donabate/Portrane peninsula, which is really crazy and doesn’t make any sense.”

Fianna Fail councillor for the area Darragh Butler said while does not want the council to overload the project, he thinks that many “spurs” should be made that link local villages to the Coastal Way.

This sentiment was echoed by his party colleague Adrian Henchy (FF) who said that the Donabate Local Area Plan was “a visionary document” but due to a lack of progress in many of the outlined projects, his confidence was beginning to wane.

“If the Fingal Coastal Way veers off in the direction of Blake’s Cross and does not loop into Donabate and Portrane, then it’s a farce,” he said.

“I eagerly look forward to seeing if this section is included in the new development plan.”

Fine Gael councillor Tom O’Leary said the local authority should prioritise the main spine of the project first and then facilitate any additions at a later date.

Cathal Boland (Ind) said it would be wrong not to connect Portrane and Donabate to the Fingal Coastal Way but it was important to get the main portion of the project completed first.