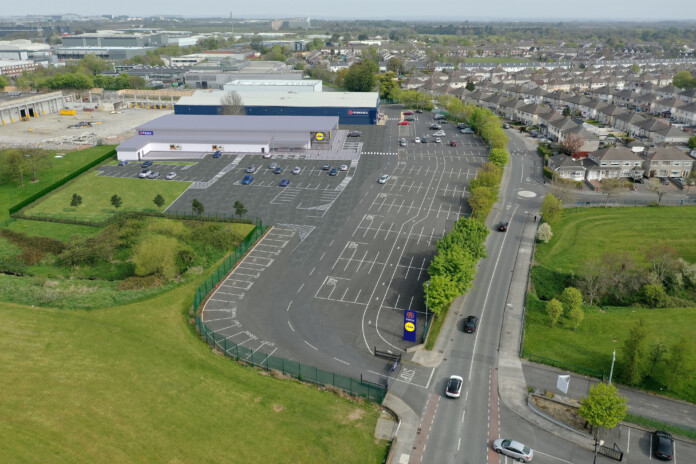 An Bord Pleanala has granted permission to Lidl Ireland to construct a €11 million store in Clonshaugh, Dublin 17.

The development will create 35 permanent jobs as well as 80 temporary construction jobs, the retailer says.

Work on the site is set to begin early next year with the store expected to be opened by mid-Summer.

The store will be located south of The Range store on the Clonshaugh Road.

“We are delighted to announce that planning permission has been granted for the development of a new store in Clonshaugh, Co. Dublin.

“We are determined to support the local community through this project by fundraising for local Ladies Gaelic Football clubs, schools, and charity groups in the locality.

“We are also generating more funding for youth mental health services in North Dublin City through our charity partner, Jigsaw.

“Not only is Lidl committed to providing its customers with high quality produce at market leading value, but we also strive to support the local communities of our stores and customers.

“We look forward to further solidifying these goals with our new store in Clonshaugh, Dublin 17,” he said.

In January, Lidl announced its plans to recruit 315 new employees across its Dublin-based operations this year, in addition to the 35 roles as part of the Clonshaugh project.

These new jobs are planned to support a variety of operational roles across its existing 44 stores in the county, which forms part of the overall commitment of 1,200 new roles in Ireland this year.