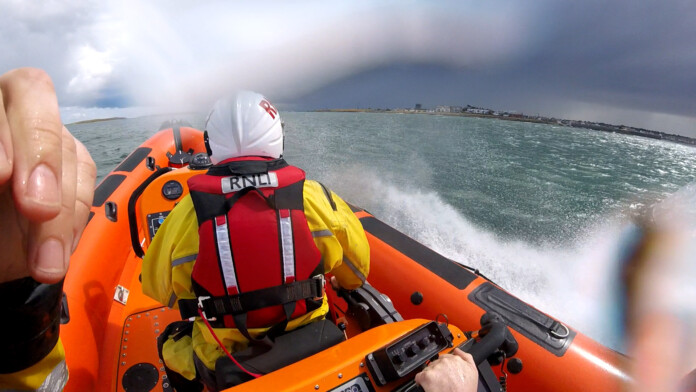 Skerries RNLI respond to reports of paddle boarders in difficulty

Skerries RNLI were tasked by Dublin Coast Guard yesterday afternoon following a 999 call from a member of the public reporting paddle boarders in difficulty in Rush harbour.

Shortly before 3pm this afternoon, the volunteer crew at Skerries RNLI launched their Atlantic 85 inshore lifeboat Louis Simson at the request of Dublin Coast Guard.

The Coast Guard had received a 999 call from a concerned member of the public stating that two paddle boarders near Rush harbour were unable to return to shore and were in danger of being pushed on to rocks.

The lifeboat rounded the headland at Red Island in Skerries and set a course for Rush harbour.

While they were en route, they first received an update that one paddle boarder had made it ashore, but the other had been stranded on rocks near the harbour. As they passed the entrance to Loughshinny harbour, they received a further update that the second person had made it safely ashore.

The lifeboat was stood down and returned to the station, where the boat and station were bath sanitised and made ready for the next service.

Conditions at the time were slight with a force four westerly wind.

“We have a lot of people making the most of having the sea on their doorstep at the moment, so it’s vital that people continue to raise the alarm whenever they think someone is danger.

“The caller today was genuinely concerned for the safety of the paddle boarders and did the right thing in dialling 999 and asking for the Coast Guard.”