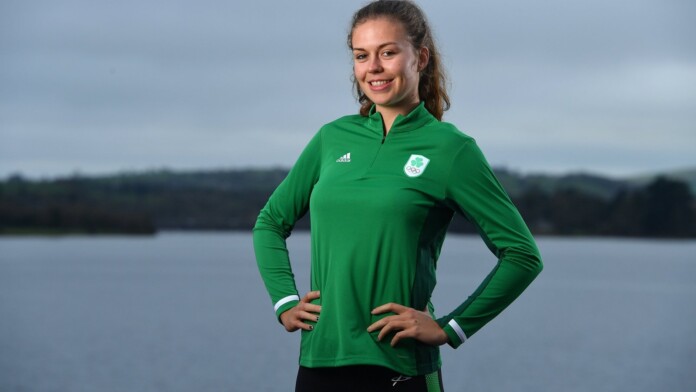 The Lord Mayor of Dublin, Alison Gilliland, has extended her congratulations to Eimear Lambe from Cabra on winning an Olympic bronze medal for rowing in the women’s four final in Tokyo this morning.

“On behalf of all the citizens of Dublin I want to say a massive congratulations to Eimear and her fellow rowers Aifric, Fiona, and Emily on this wonderful achievement.

“This is Ireland’s first medal of these Olympics and we are all very proud of you.

“Just to compete at the biggest event in world sport is an achievement in itself, but to actually bring home a medal must be an unbelievable feeling. Well done Eimear and the rest of the team!”.

“This achievement is also special in that Eimear, Aifric, Fiona, and Emily are the first Irish female rowers to win Olympic medals.

“These 4 women will go down in the history books of Irish sport,” said the Gilliland.

“It’s so important that young girls have role models to aspire to and I can think of few better than Olympic medallists in a sport that Irish women haven’t traditionally excelled in on the world stage.

“Young girls, and boys for that matter, can today look on at events in Tokyo and think to themselves ‘that could be me some day’.”