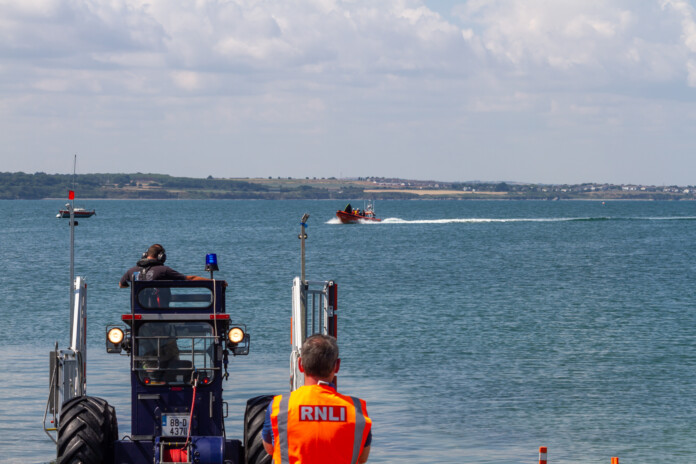 A group of experienced sea kayakers raised the alarm after they had encountered an inflatable kayak with two adults and two children on board struggling to make way against the wind and the tide.

The lifeboat was launched and proceeded immediately to the area where the kayak had been spotted, east of Colt island in Skerries.

The crew soon spotted the casualty, who had been towed by the other kayakers into the shelter of the island.

All four were taken on board the lifeboat, and to avoid any hazards to navigation, or further call outs for the kayak itself, it too was taken on board.

A quick assessment of casualties showed that they were all unharmed and did not require medical assistance.

They were brought safely back to the lifeboat station in Skerries and were soon on their way home.

Conditions at the time were calm with a force three south easterly wind.

Speaking about the call out, volunteer Lifeboat Press Officer for Skerries RNLI, Gerry Canning said: “It was encouraging to see all four wearing lifejackets and they had a mobile phone in a waterproof pouch.

“However, no matter how prepared you are, sometimes you can get caught out.

“We’d like to say a big thank you to the other kayakers who recognised the danger of what was happening, made the call for help, and stayed with the casualty until that help arrived. They played a huge part in ensuring a good outcome.”