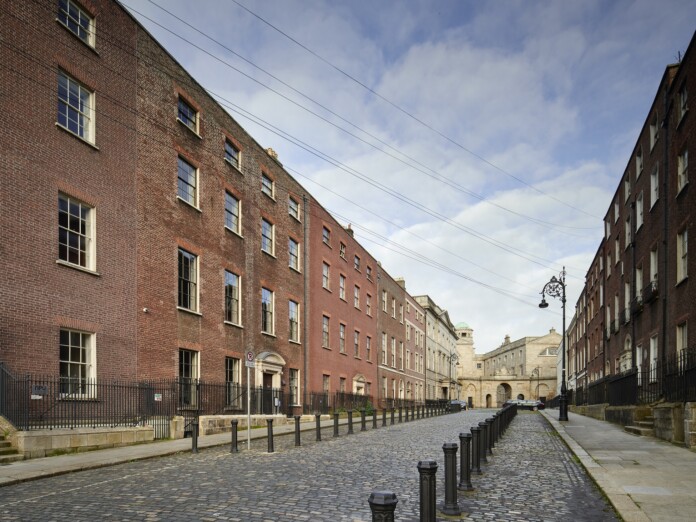 14 Henrietta Street is launching a brand new walking tour, Georgian Dublin Walking Tour: ‘Henrietta Street and Beyond’ this summer, alongside its award winning house tours, which will recommence on Wednesday July 7.

The new guided walking tours, led by the museum’s guides, will take visitors on a journey through Georgian Dublin.

In a statment, a spokesperson for 14 Henrietta Street said:

“We chart the story of the Gardiner Estate on Dublin’s Northside, from its beginnings as the best address in town to its decline to tenement housing, a story that mirrors the fortunes of Dublin and many of its residents.

“Visitors will learn about the man who built Henrietta Street, the ‘Jewel in the Georgian Crown’, the lavish lifestyles and social lives of families who lived there, including number 14’s first residents the Molesworths, and how one man’s vision and ingenuity created the world’s first maternity hospital.

“Taking visitors to some of Dublin’s most elite addresses and grand Gerogian squares, the tour will explore the architectural and social history of the city, and reveal the details of thelives lived behind the elegant red brick facades.”

2021 marks the 300 year anniversary of Henrietta Street, with the Gardiner family purchasing the land in 1721 and the development of the street starting soon after.

“Visitors regularly tell us that they want to know more about the people or stories that feature in our tours, and this walking tour will take a more in depth look into the Georgian period of the house and uncover what life was like in Henrietta Street and the surrounding streets of the Gardiner Estate at that time.”

“This is the first walking tour for the museum and we hope to introduce others in the future that will further expand on the stories and history of the house, the people who worked and lived there and the role it played in the development of our city.

“The walking tour and our recently launched historical publications all serve to deepen our visitors’ connection with almost 300 years of stories within 14 Henrietta Street.”

14 Henrietta Street is an award winning social history museum that tells the story of the buildings shifting fortunes through 300 years of city and family life. The guided tours, which will recommence on Wednesday 7th July, take visitors on a journey from its grand Georgian beginnings to the tenement dwellings of its later years uncovering the layers of Dublin’s history within its walls.

In intimate small-group tours, the guides bring to life the stories of the humans who passed through the house, their changing circumstances, their experience of family life and the impact of politics and world affairs.

The museum, awarded the prestigious Silletto Prize 2020, at the European Museum of theYear Awards has also recently launched three historical publications of 14 Henrietta Streetwhich tell the story of the house’s extraordinary history.

From Georgian Dublin, to tenement times to the move to the suburbs, each book captures the very different eras and different life experiences of those who called 14 Henrietta Street home.

The books and the new Georgian Dublin Walking Tour have been created in response to interest and requests from museum visitors who wanted to learn more about the lives of the people who lived there and the social history of Dubliners over the centuries.

14 Henrietta Street is looking forward to reopening its doors for guided tours of the house on Wed 7th July.

The museum will open Wednesday to Sunday, from 10am to 4pm with tours on the hour and late night openings on Thursday to 6pm.

Tickets are €10/€8 The Georgian Dublin Walking Tours from 14 Henrietta Street are currently running Wednesday to Sunday at 11.30am.