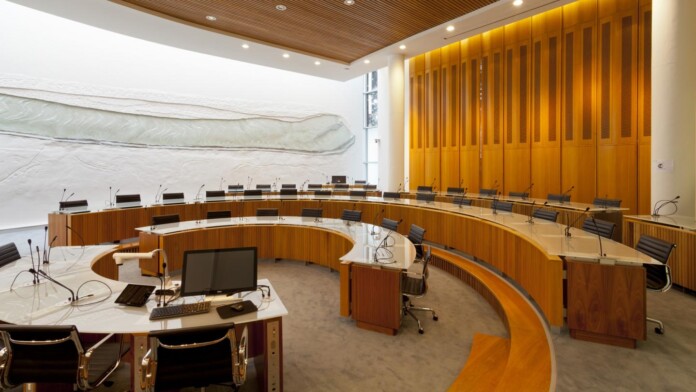 At a special four-hour meeting of Fingal County Council last night councillors voted by 31 votes to nine to approve the disposal of 28 hectares of land at Ballymastone in Donabate which will lead to the construction of up to 1,200 social, affordable and private homes by Glenveagh Living Ltd.

There will be a tenure mix of 20% social housing, 20% affordable housing and 60% private housing and more than 11% of the site will be developed as public open space with small parks and pocket parks in proximity to housing.

The council say there will be ‘a guaranteed delivery’ of affordable homes to first time buyers at a unit cost of €250,000 to €270,000 and the entire project, which could commence as early as 2022, will be delivered over a 10-year timeframe that takes account of the number of houses the local market can absorb at any one time.

Welcoming the decision, the Chief Executive of Fingal County Council, AnnMarie Farrelly, said: “Our mandate from Government is to provide housing and, since 2015, we have used many mechanisms to ensure the construction of social, affordable and private homes across Fingal.

“We have spent the last three years developing this particular model, which can deliver mixed tenure residential development as outlined in the Donabate Local Area Plan. I would like to thank the councillors for their overwhelming support for our effort to improve the supply of housing in Fingal.”

Speaking after the vote, Senator Regina Doherty said ‘Sinn Féin should hang their heads in shame’ for voting against the scheme.

“For over four years now the council has been working to develop housing on these lands,” she said.

“Following a full public tender process lasting two and a half years and endless negotiations and discussions, the plan to begin work on this significant housing development finally came before the council tonight.

“In line with Sinn Féin’s hypocritical approach across the country, they voted against the delivery of these homes, in favour of some imaginary, fanciful alternative that would have set the whole plan right back to the beginning.

“Sinn Féin preach about the provision of housing to no end, but in North County Dublin tonight they proudly voted against a plan that Fingal County Council say will ‘substantially alleviate the housing crisis in both the short and medium term’.

“I think most people would have serious questions about the type of councillors who would vote against such a proposal.”

However Sinn Fein’s housing spokesperson Eoin O’Broin explained in a Tweet why his party had opposed the plans for Ballymastone:

“No… we opposed the sale of public land at half its market value to a developer.

“The FF/FG sweetheart will see 60% of the homes on this site sold at unaffordable prices of around €400k.

“All of the homes on this site should be genuinely affordable for working people.