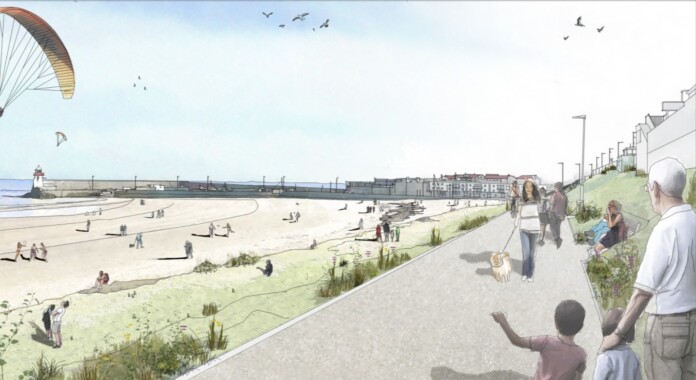 Fingal County Council has launched a second round of public consultation on the Fingal Coastal Way, the proposed 32km coastal pedestrian and cycle greenway extending from Newbridge Demesne in Donabate to north of Balbriggan.

“To provide an opportunity for interested parties to give feedback on the potential route options, an online non-statutory public consultation will take place from April 15 to May 27,” says the council.

“Due to current public health restrictions on gatherings, it is not possible to hold a traditional, in-person public consultation event so, in lieu of this, a significant amount of background material is being made available on the Fingal County Council consultation portal, which can be accessed via fingal.ie/fingalcoastalway.

“We are also arranging Webinars on Thursday April 29th and Tuesday May 4th.

“It is hoped that the information gathered as part of this exercise will inform the scheme assessment and design and assist the project team in identifying a preferred route for the scheme, to feed into a further consultation on the preferred route in 2021 and ultimately a formal planning application to An Bord Pleanala in 2022,” the council says.

You can visit the dedicated Fingal Coastal Way section here

As part of the consultation process, Fingal County Council is hosting public consultation webinars on Thursday April 29th and Tuesday May 4th.

The webinars will run from 7pm to 8pm each evening.