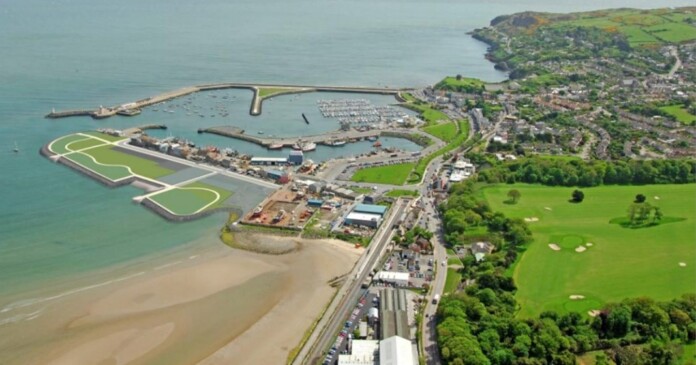 Howth Harbour to be dredged under new department plan

The Department of Agriculture, Food and Marine has launched a public consultation on its plans to dredge Howth Harbour.

Dublin Bay North TD Sean Haughey says the harbour authority is proposing to dredge the seabed in order to “provide better water access to the fishing, leisure, and RNLI craft using the harbour.”

Dredging is when material is removed from an area of the seabed, usually to keep waterways and ports navigable for vessels.

It is also proposed to reuse the dredged material and “create an area for public realm on the west side of the West Pier.”

“The harbour was upgraded in the 1980s in order to improve navigation conditions at the harbour mouth, reduce wave conditions within the harbour, provide additional facilities and increased water depths,” says the department.

The seabed was also dredged at this time with the reclaimed material being used to renovate the harbour layout.

“Works included the building of concrete quay walls, the construction of a Syncrolift shiplift and the creation of the middle pier, marina area and inner breakwater.”

The department says that since that upgrade, a build up of silt has led to the rise in seabed levels.

“This siltation, combined with increasing vessel sizes results in insufficient water depth at certain tide states, over much of the harbour.

“The public slipway and RNLI slipway and berth have seen considerable siltation, particularly at low tide, resulting in difficulty for the rescue vessels to mobilize,” it says.

The department says that the project will allow for the harbour to accommodate larger and more varied vessels.

“Over the last 30 years, the fishing industry has seen the use of deeper and wider vessels,” it says.

Deputy Haughey said he would “encourage members of the public to engage with this consultation process and make submissions.

“This project will improve the water access for Howth Harbour.

“The area of public realm on the pier will further enhance the town of Howth as a tourist and leisure destination.”

Members of the public have until Friday, April 9 to make submissions on the proposal with the department envisioning to submit planning application to Fingal County Council in May.

Facebook
Twitter
Pinterest
WhatsApp
Previous articleDevelopment of new public park in Glenamuck will begin 2023
Next articleGardaí seize €110,000 in cash and one man arrested in Finglas search

Dublin City University has been ranked as the 23rd best third-level institution in the world for its approach to widening participation in higher education...
Read more
Northside East

After 8 years of campaigning, Tallaght locals still looking for a welcome sign