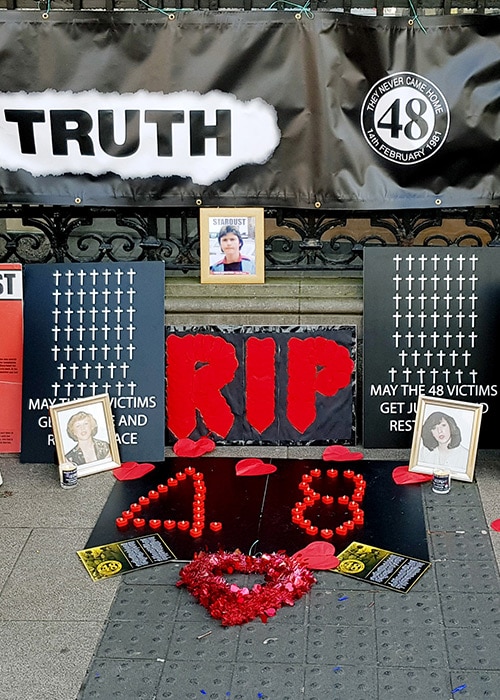 Sinn Fein TD for Dublin Bay North Denise Mitchell has this afternoon called on the Minister for Justice to act as a matter of urgency to allow funding for legal aid for all Stardust families to be released.

“The Minister for Justice needs to act to remove this impasse as a matter of urgency,” Deputy Mitchell said.

“A month ago families were told that the funding for legal aid had been released, and that the issue was resolved.

“It’s clear now that wasn’t the case as some families are still not qualifying under the current rules.

“These families have been through so much, and the state has frustrated them for years.

“I hope that this is the last obstacle families come up against, and that the inquiry can happen without any further delays, particularly delays that appear to be completely avoidable.

“I have written to the Minister for Justice today to ask the Department intervene immediately to sort it out and ensure all families get access to legal aid.”