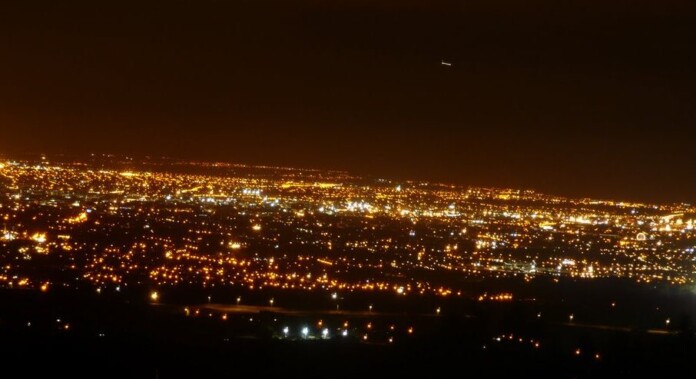 Dublin shines brighter than rest of the country

A study has revealed that Dublin has artificial light emissions close to seven times higher than any other county.

The Central Statistics Office (CSO) has released the Frontier Series publication, “How dark is your sky? Estimating artificial light in Ireland from satellite imagery, 2015-2019”.

The study revealed that the two areas with the highest light emissions are Dublin’s Pembroke South Dock and the North Inner City.

Ireland has lower artificial light emissions than other European countries such as the UK, Portugal and the Netherlands.

Irish cities also have lower light emissions than other major cities like London and Paris.

They said that data was from a Visible Infrared Imaging Radiometer Suite Day Night Band (VIIRS-DNB) sensor on the Suomi-NPP satellite, operated by the National Oceanic and Atmospheric Administration (NOAA) in the US.

“The analysis shows that Ireland in January 2019 has significantly lower average artificial light emissions with 0.92 units than the UK (1.78 units), Portugal (2.52 units) and the Netherlands (7.43 units).

Clúid Housing has announced the acquisition of a 40-unit apartment development, Blackbanks View, in Raheny. The €18.8m scheme is being delivered in partnership with...
Read more
Southside

The fourth phase of the public consultation process for the Dundrum Central project will be launched by the Land Development Agency (LDA) on Monday,...
Read more
Dublin

A father-of-two who threatened to burn down the house of a business owner if he did not give €58,000 to his godfather has been...
Read more
- Advertisment -