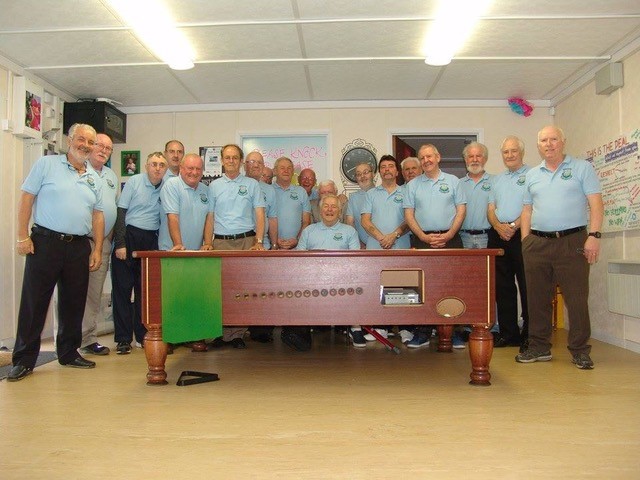 Northside Men’s Shed in urgent need of their own premises

THE Men’s Shed movement in Ireland has seen phenomenal growth over the past decade.

But there are fears for the future of one Northside group who are now homeless due to Covid-19 distancing requirements.

Priorswood Men’s Shed in Coolock is made up of 40 men and before the pandemic the group had been operating from a local community facility.

This is no longer available to them as the former hosts cannot guarantee adequate compliance with the new public health requirements in the space provided if the Men’s Shed was to return.

They are currently being temporarily accommodated in the Glin Centre in Coolock but are in urgent need of their own premises.

Priorswood Men’s Shed spokesperson George Finglas says the group is effectively “homeless” and he fears for its future and for the well-being of its members.“Our group of 40 men were all cocooners, many of them living alone,” he told Northside People.

“They were all hugely looking forward to the easing of restrictions so that the Men’s Shed could resume.

“The news that our former base is not now available came as a body blow.

“We appreciate the support from our former hosts and we understand that they had to make this decision.

“Priorswood Men’s Shed since its inception has been like a lifeboat for many of the men, saving their mental health and giving them purpose and focus.

“We can’t let that go, so we are determined to keep the group together and to find alternative premises.”

Mr Finglas says the group is calling on Dublin City Council, the churches and others with premises, to do an audit of their properties and assess what can be made available to the Men’s Shed and similar community groups in need of facilities.

“I would guess we are not the only group facing a difficulty like this in this new environment,” he noted. “But we are determined to find a new base.

“The men who use the shed are part of Ireland’s forgotten generation, they have been forgotten by society and I think that is so wrong.

“This pandemic has shone a light on the way they are treated and it’s not good, it shouldn’t be acceptable, now or ever.”

A new study has revealed how the Covid-19 pandemic has caused a significant downturn in the wellbeing of men’s sheds members.

Carried out by Aisling McGrath of WIT on behalf of the Irish Men’s Sheds Association (IMSA) and the Irish Research Council, the study has produced a several preliminary findings:

• Shedders reported a serious decline in their health, physical activity and life satisfaction as a result of Covid-19 and its effects on society

• The percentage of study participants who described themselves as “lonely” skyrocketed from 1.4 per cent before the pandemic to 29.7 per cent in its wake.

• Shedders based in urban areas reported far steeper declines in their levels of physical activity.

McGrath said the findings provide stark evidence of the disruption and anxiety the pandemic has caused.

“The headline figures in terms of loneliness and wellbeing are really striking,” she said.

“What really leaps out at me is the fact that many respondents felt as lonely in the wake of Covid-19 as they had been before they joined the shed.

“It’s deeply unfortunate that so many men who turned their lives around through joining a shed suddenly had that lifeline taken away from them.

“Even though the wellbeing of the shedders involved in the study took a massive hit due to Covid-19, we do know that their baseline level of wellbeing was significantly higher as a result of participating in the programme.

“That means they were in a more robust place to cope with the effects of the pandemic”.