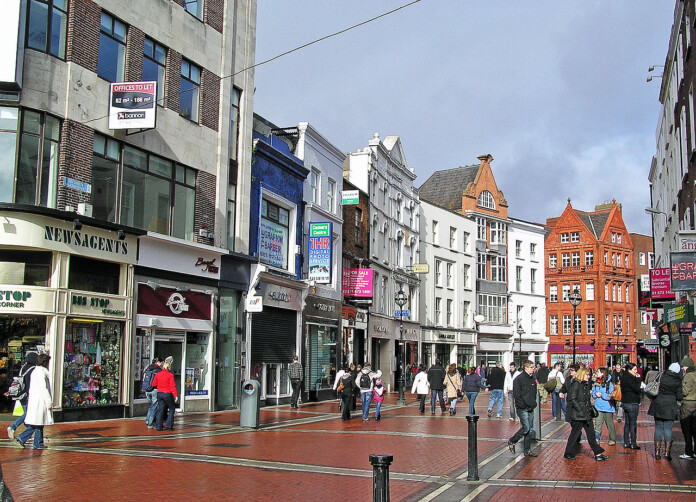 The specific challenges facing Dublin city centre as it battles with COVID-19 are highlighted in the most recent ‘Your Dublin Your Voice’ survey from Dublin City Council.

The survey, conducted in August, shows that approximately a third of the 951 respondents anticipated socialising, dining and non-grocery shopping in the city less post COVID-19.

Attracting staycationers is also posing a challenge for the capital, with 51% intending to travel in Ireland more post-COVID but only 15% anticipating doing so in Dublin.

This suggests that the city centre, which is struggling without office workers and tourists, will continue to feel the impact even in a post-pandemic environment.

The survey showed widespread support for pro-environmental initiatives to be part of rebooting the economy with 64% indicating that they wanted the promotion and protection of wildlife to be central to government plans.

There is also widespread support amongst Dubliners for the recent improvements to cycling and walking infrastructure in the city with 67% indicating that they would like the government’s post COVID-19 plans to include the retention of the new cycle lanes & wider footpaths.

There are significant changes to current and expected medium term working from home patterns with implications for home energy use with 61% indicating that they were using more energy.

Commute patterns also look likely to be impacted with 20% saying that they will use public transport post-pandemic versus 32% previously.

“The survey shows clear challenges for the city centre in terms of re-engaging people after the pandemic. With working from home levels expected to remain high, even before the new higher level of restrictions were imposed, and Dubliners reluctant to staycate in the city, the risk of permanent scarring is rising.”

The survey was carried out between 13th August and 21st August 2020 and attracted 951 respondents from across Dublin.

‘Your Dublin Your Voice’ is a Dublin City Council opinion panel which has been in existence since October 2010.

Anyone over 18 can sign up at www.bit.ly/ydyvreg and give their opinions on a variety of topics relating to the capital.

A report has revealed that parents and partners of drug users in Dublin’s north-east inner-city are almost as likely to experience drug-related intimidation as...
Read more
Dublin

A Southside TD says there is a "lack of action" to tackle businesses flouting the public health guidelines by opening when they shouldn’t or...
Read more
- Advertisment -