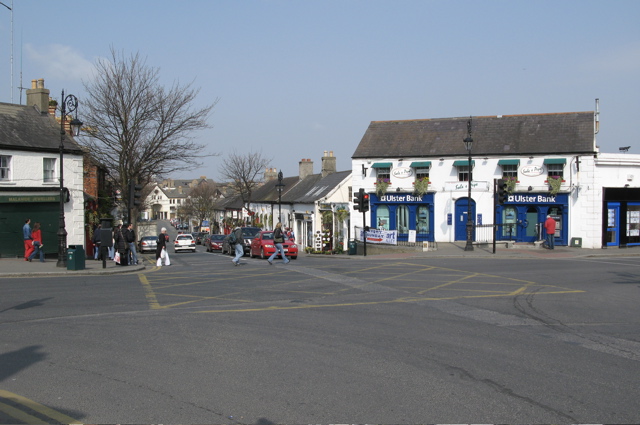 FINGAL County Council officials have met with stakeholders in Malahide where they outlined a future plan for the New Street Pedestrianisation Zone following the successful implementation of a pilot initiative over the past number of months.

At the meeting, it was agreed to continue with the pedestrianisation of New Street until the end of September following feedback from stakeholders and the wider community.

The scheme will then be amended to provide a temporary one-way traffic system from The Diamond to the Green/Malahide Marina, which will come into effect in October. This will allow for continued use of the public street space for pedestrians, cyclists and will facilitate additional retail space on the street for businesses and their customers to utilise. It will then revert to a full pedestrian zone between Spring and Autumn.

Council officials also made a commitment to hold a consultation process in 2021 on whether the local community would prefer permanent pedestrianisation or the amended one-way system.

The New Street Pedestrian Zone was implemented as part of the Walk Bike Fingal initiative which aims to encourage and facilitate social distancing for citizens going about their daily business.

Footfall data from a four-week period starting in mid-July recorded 76,000 pedestrians using the street. The analysis from the pilot also showed significant improvements in traffic flow through the Diamond, reduced traffic approaching the Diamond, and improvements to the environment as a result, with low volumes of traffic on the surrounding road network.

The pedestrianisation of New Street, provides a centre to Malahide Village resulting in significant benefit for people going about their daily business, affording space for people to browse, shop and spend time with family in a calm relaxed atmosphere while adhering to the HSE requirements for social distancing.

The latest milestone in the development of Rathmore Park as a major Active Recreational Hub for Lusk was recently reached with the official opening...
Read more
Northside East

Councillor Seána Ó Rodaigh of the Labour Party was elected as Mayor of Fingal at the annual meeting of Fingal County Council which was...
Read more
- Advertisment -