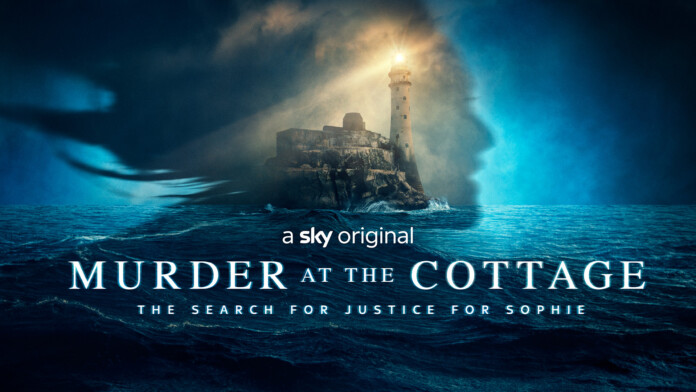 Sky reveals trailer and premiere date for highly anticipated documentary Murder at the Cottage: The Search for Justice for Sophie

Sky has today revealed the official trailer for highly anticipated Sky Original documentary ‘Murder at the Cottage: The Search for Justice for Sophie.’

The five-part series, which examines the brutal murder of French filmmaker Sophie Toscan du Plantier in West Cork in 1996, is set to premiere on Sky Crime on Sunday 20 June.

The series, which is produced, directed and features six-time Oscar nominated Dubliner Jim Sheridan, will be released in full as a box set with all episodes available to watch on Sky Crime and on streaming service NOW.

Having worked on the project for almost a decade and followed the case over the past 25 years, Sheridan will take viewers on a journey as he pieces together original evidence, never-before-seen footage, archive material and new interviews with those closest to the case.

Jim Sheridan, Director and Producer, said: “As a filmmaker, many stories fascinate me, but this story compels me.

“In 1996, Sophie – a young mother, a wife, a film producer and a daughter – died just yards from her holiday home in West Cork.

“To this day, the case remains unsolved in Ireland, while the key suspect has been found guilty in France.

“As a guest of the nation, Sophie’s murder continues to carry implications for the meaning of justice in Ireland and in France.

“I wanted to understand how that could happen, to search for justice and to help uncover the truth. I hope this series will help bring about a definitive conclusion to the case.”

Each episode will take viewers deeper into the case that has haunted West Cork for a quarter of a century.

In 1996, two days before Christmas, Sophie, the wife of French filmmaker Daniel Toscan du Plantier, was brutally murdered at her holiday cottage in Schull, West Cork.

The murder rocked the quiet, Irish town and 25 years later, the case remains a mystery.

The key suspect, English journalist Ian Bailey – the first reporter on the scene – was quickly arrested by local Gardaí following eye-witness reports, yet was never found guilty in Ireland, owing to a lack of reliable evidence.

Despite this, Bailey was found guilty in absentia by the French courts in 2019 and sentenced to 25 years in prison. Having successfully fought repeated extradition requests from the French authorities, Bailey still resides in West Cork and maintains his innocence to this day.

Murder at the Cottage: The Search for Justice for Sophie is a Sky Original documentary, produced by Hell’s Kitchen & Dare Films, in association with Sky Studios. It is the first documentary series to be produced in-house at Sky Studios, Sky’s production and development arm. The series was commissioned by Poppy Dixon, Director of Documentaries and Factual, Sky UK & Ireland, and is part of a wider investment in Irish content by Sky across factual, comedy and sports.

The series is Produced by Sheridan and Donal MacIntyre of Dare Films. The Series Editor is Gretta Ohle, with Iseult Howlett as Editor for episodes 4 & 5.