Out In The World, a new landmark exhibition at EPIC Museum, celebrates the unique contributions of the Irish LGBTQ+ diaspora 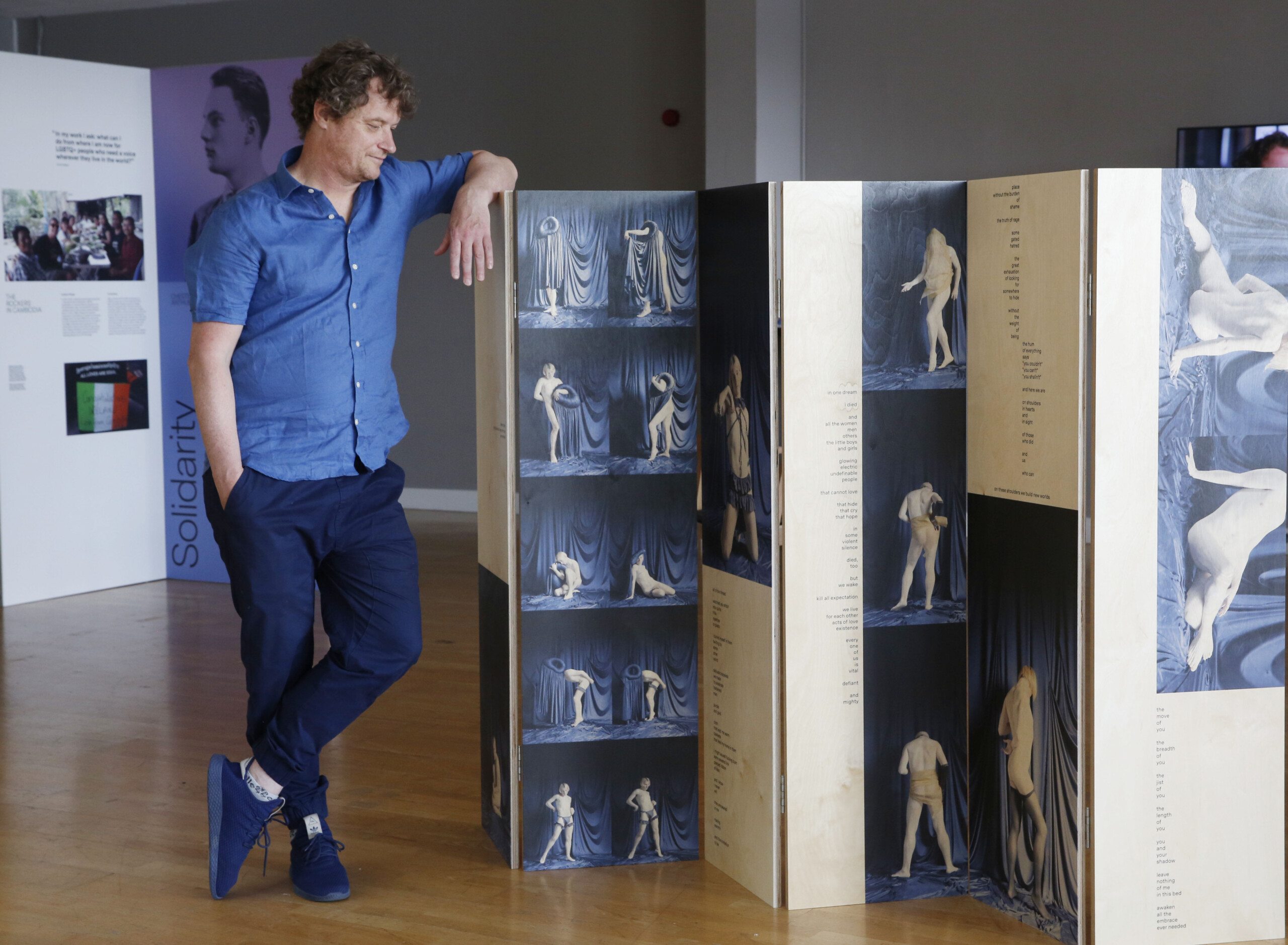 Returned emigrant, Rory O’Neill said: “I left Ireland in 1990 and I didn’t so much leave as I ran.

“At that time I strongly felt I would ever be able to make a home here, I never felt the concept of irishness was elastic enough to include someone like me.

“Ireland was aggressively heterosexual. Ireland has changed so much, it has undergone a dramatic and transformative the journey. 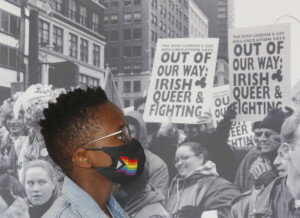 Christelle Gebhard pictured in the EPIC The Irish Emigration Museum, at the launch of Out In The World: Ireland’s LGBTQ+ Diasporain exhibition in partnership with the Irish Department of Foreign Affairs. Photo: Leon Farrell/Photocall Ireland

“I’m pleased to launch this exhibition because it addresses the feeling of being excluded that drove you away and also the sense of change that has happened making Ireland a much more welcoming place for people like me.

“It is both crushingly sad and beautifully hopeful” 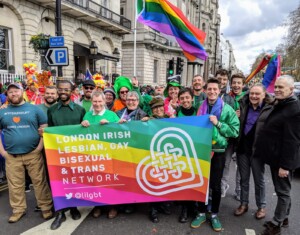 Speaking at the launch event, Richard Malone said: “It’s so exciting for me to show in the trajectory of radical queer Irish diaspora who have fought for our rights. This show celebrates all of the different voices that have become a part of our identity, it celebrates how radically Ireland has changed in my lifetime. It shows us in a light that is human and vulnerable and respectful.”

Out in the World: Ireland’s LGBTQ+ Diaspora, a major new exhibition aims to tell a more complete and inclusive story about emigration by documenting the extraordinary lengths that Ireland’s LGBTQ+ diaspora went to in their quest for love, recognition and security.

After months of cultural and heritage site closures, EPIC The Irish Emigration Museum is launching this interactive exhibition about the experiences and impacts of the LGBTQ+ Irish diaspora.

“Out In The World” launched on the 8th of June.

The exhibition will be free of charge for the month of June, as part of Dublin Pride Festival 2021. It will continue to run until December 1st.

The exhibition is diverse, with stories from the 1800s to the present, detailing experiences from England to India and Chile.

Some of the stories included are of of the Irish Lesbian and Gay Organization (ILGO) which was founded in a Japanese restaurant in New York city in 1990, the Brixton Faeries, a gay theatre troupe based in the UK in the 1970’s, and an Irish participant in the Stonewall riots.

This exhibition is a remarkable opportunity to learn about a past which hasn’t been publicly acknowledged or recognised in mainstream Irish exhibitions or history.

Dr. Maurice J. Casey, Department of Foreign Affairs Historian-in-Residence at EPIC The Irish Emigration Museum, researched, curated and developed Out In The World.

He says, “As the researcher for Out in the World, it has been inspiring to speak with all of the members of Ireland’s LGBTQ+ diaspora who shared their stories for the exhibition. Learning from the families and friends of many of those featured has also been enriching. Every research project is a collective effort because historians build on the work of others, but this research in particular has meant involving the community at every stage.”

‘The Irish rebel spirit was in me’, John O’Brien, recalling his participation in the Stonewall Rebellion.

The exhibition highlights 12 stories under six themes – exclusion, community, love, defiance, solidarity and return – which were chosen as they speak to significant parts of the Irish LGBTQ+ experience.

By using a thematic approach, there are opportunities for intergenerational conversations and reflections upon contemporary LGBTQ+ history.

The exhibition serves as a platform for people to share their own experiences of LGBTQ+ emigration at the exhibition and online at www.outintheworld.ie

The project is supported by the Department of Foreign Affairs, reflecting the commitment in Ireland’s national Diaspora Strategy to support Ireland’s LGBTQI+ diaspora through initiatives designed to promote inclusiveness, tolerance and respect for diversity.

Dr Patrick Greene, CEO and Museum Director, says “EPIC The Irish Emigration Museum shares a view of Ireland from the perspectives of our emigrants, to understand the social and cultural context of why they left. We research, collect and share the stories of Ireland’s diaspora through exhibitions, education and engagement in person and online. Out In The World: Ireland’s LGBTQ+ Diaspora is a unique vantage point you won’t get anywhere else. This exhibition is a chance to understand Ireland and its influence around the world through our LGBTQ+ emigrants, what they brought with them and their influence on the world.”

Out in the World was developed with the consultation of Queer Culture Ireland, a LGBTQIA+ culture, heritage and art group of which EPIC is a founding member.

The exhibition has been designed in such a way that it will be seen simultaneously in Irish embassies and consulates overseas.

The exhibition was researched and developed with the consultation of various international Irish diaspora LGBTQ+ groups and LGBTQ+ members of the diaspora.