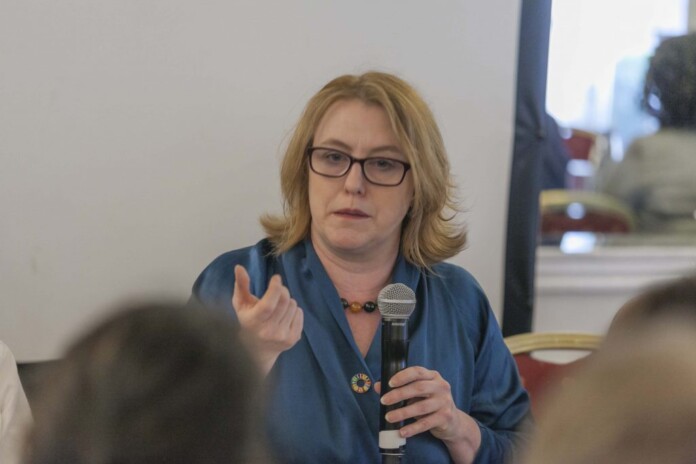 Senator Alice-Mary Higgins is encouraging the people of Dublin to take part in a public consultation on the future of the European Union.

Senator Higgins is one of four Oireachtas delegates to the Conference on the Future of Europe, an eight month process that hopes to shape the next chapter for the EU.

Speaking at a plenary of the Conference last Saturday, Senator Higgins said: “On so many issues like equality and environment, people have been speaking up for some time and institutions have been slow to hear.

“Too often civil society voices have felt drowned out by corporate lobbies.”

“This process is a chance to listen to not just the ideas but to the priorities of EU citizens.

“Human rights are a priority.

“The EU’s role in driving forward workers’ rights, women’s rights, disability rights, LGBT rights is something people are proud of and that they care about.

“When rights and solidarity were pushed aside under austerity that damaged trust.

“We need to strengthen that now through a new Social Progress Protocol and through an EU that steps up and shows leadership on international rights, including the rights of refugees and the new right to a healthy environment.

“The EU should not be blocking a TRIPS waiver on global vaccine access,” she said.

“Action on climate, biodiversity and the SDGs by 2030 is a clear priority for citizens across Europe, and that will require major public investment, just transition and strong policies.

“Those policies, including an exit from fossil fuels, must not be undermined or chilled by corporate courts, that can choose to ignore the European Court of Justice.

“This is also a rule of law issue.”