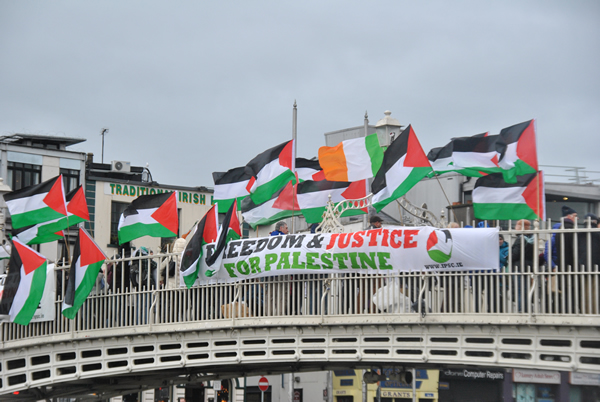 The groups in question are Defense for Children International Palestine, Al-Haq, Addameer Prisoner Support and Human Rights Association, the Union of Agricultural Work Committees, Bisan Center for Research and Development and the Union of Palestinian Women Committees.

In a statement, IPSC said: “This is a dangerous and deplorable decision, the culmination of decades of the Israeli state’s attempts to smear, silence and shut down Palestinian civil society organisations and to punish those human rights defenders who shine a light onto its crimes against the Palestinian people.

“It is one of the many means used by Israel to evade responsibility for its crimes.

“In a recent report ‘Target Locked: The Unrelenting Israeli Smear Campaigns to Discredit Human Rights Groups in Israel, Palestine and the Syrian Golan’, the International Federation of Human Rights (FIDH), highlighted the abundant evidence of the Israeli government’s harassment of human rights defenders and NGOs which has included deportations, travel bans, raids and imprisonments.

“These attacks on human rights organisations and their staff are part of a pattern which in June saw the headquarters of Defense for Children International Palestine raided by Israeli occupation forces who confiscated laptops, computers and confidential files relating to child prisoners in July of this year.

“This must be seen as a sinister and deeply worrying campaign to completely shut down the crucial work of these eminent organisations, and by extension, to criminalise broader Palestinian society and further hamper people’s rights to organise and associate; it must be resisted.

“We condemn this repressive and anti-democratic act in the strongest possible terms and call on the Irish government to do the same and to demand accountability for Israel’s illegal actions.

“Because the international community, Ireland included, has granted Israel impunity for its crimes against the Palestinian people, that state knows it can act ever more outrageously with no fear of being called to account.

“This situation must end, and it would be utterly unconscionable if the Irish government were not to stand up for these brave human rights defenders who work tirelessly in support of their people.

“We join the outcry against this outrageous decision expressed by civil society and political leaders across the globe, including Amnesty International, Human Rights Watch and FIDH.

“We send our solidarity to our friends and colleagues in Palestinian civil society, and saulte their courage in standing against Israel’s regime of oppression.

“Their commitment to freedom, justice and equality is unwavering and inspiring – and destined to break the chains of colonialism and apartheid in Palestine!”