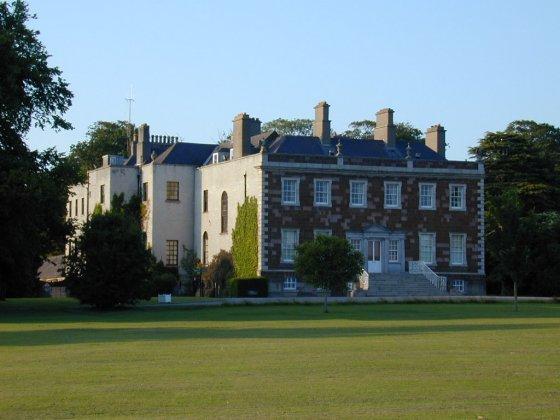 A Labour representative for Donabate and Portrane has called on Fingal County Council to prioritise the opening of the proposed pedestrian access to Newbridge Demesne off the Hearse Road.

Corina Johnston said in a statement that local residents have been forced to walk on a dangerous path since the entrance’s closure.

“A temporary entrance into Newbridge Demesne opposite Semple Woods on the Hearse Road was closed in July 2020,” she said.

“Since then an increasing number of residents now living in the vicinity of the Hearse Road have to walk along a narrow and dangerous footpath to access the Demesne. Hence the urgency for the new access.

“The provision of this access is an objective in the Local Area Plan for Donabate and a condition in the planning permission for Semple Woods,” she said.

Johnston cites the planning permission, which was granted on the condition that a pedestrian bridge be developed before the Semple Woods housing estate was fully occupied.

“The planning permission for the Semple Woods stipulates that prior to the 201st house being sold and occupied in the estate a new pedestrian and cycle bridge across the Dublin to Belfast railway line connecting the development to Donabate village via Smyths pub and a link to Newbridge Demesne on the Hearse Road via the toucan crossing shall be provided and operational,” she says.

“In response to our ongoing representations, Fingal County Council confirmed earlier this year that the proposed entrance to the Demesne could not be opened until a safe access and crossing was provided as the sight lines along this stretch of the road were not sufficient to allow for safe crossing.

“Improvement works including the provision of a high-level traffic light at the new toucan crossing on the Hearse Road were undertaken. A Road Safety Audit has also been undertaken, the results of which are still awaited.”

Johnston said that works on bridge are due to begin next year.

“Fingal County Council have recently announced that consultations with Irish Rail on the construction of the new pedestrian and cycle bridge across the railway line at Corballis is at an advanced stage,” she says.

“Construction work is expected to start in Q2 2022 on completion of the procurement process.

“Fingal County Council needs to publish the results of the Road Safety Audit so that any issues raised in the report can be addressed to enable the opening of the new entrance to proceed.”